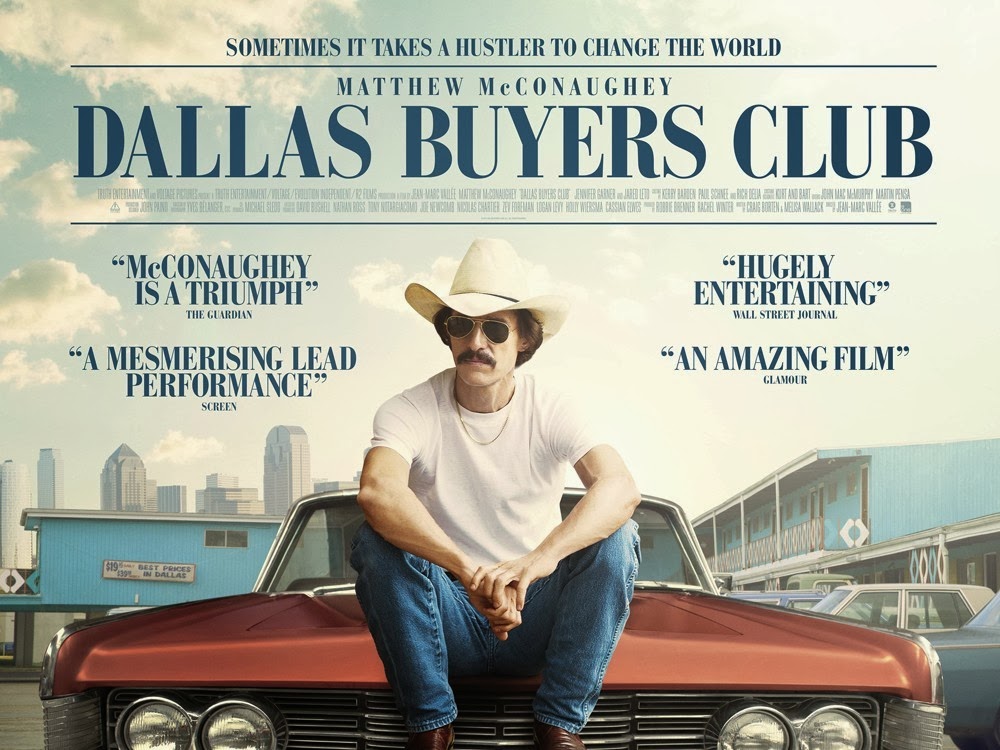 Oscar season is upon us, and as such we have entered a time of the year when we swap out our regular Movie Quality Yardstick for one that's a bit longer. For better or worse we expect more from movies this time of year. Yet with these greater expectations come movies which still manage to exceed them, and if nothing else Dallas Buyers Club is here to do just that. While it may not be the greatest movie of the year, it's probably pretty close, and the acting in it will likely earn its two stars Oscar nods for their efforts.

Dallas Buyers Club is about an alcoholic homophobe named Ron Woodroof (Matthew McConaughey) diagnosed with AIDS at a time in history when the perception was that only gay men got AIDS. He struggles with his identity as the truth of the situation gradually dawns on him, but his troubles don't end there. The only FDA-approved treatment for AIDS at the time were as destructive as they were remedial. Ron researches medication used in other countries which were not yet approved by the FDA, tests them on himself, and along with transvestite Rayon (Jared Leto) starts the Dallas Buyers Club, a method of selling drugs through a legal loophole. The government catches on to his scheme, and while he initially skirts the law, his health begins to catch up with him and it becomes unclear whether his fight will be worth it or if he will even live to see it end. 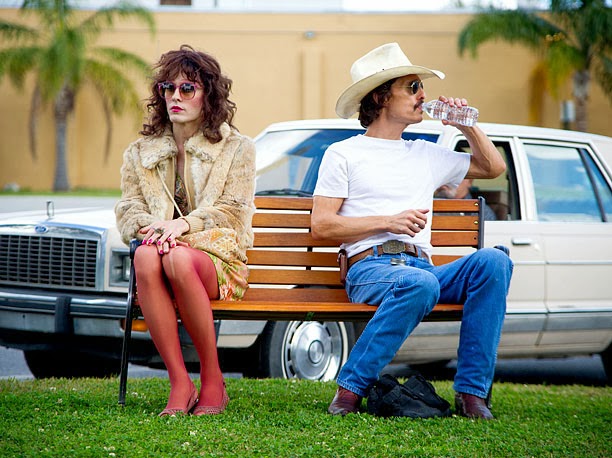 Matthew McConaughey and Jared Leto ought to be nominated for Oscars for their roles in this movie. The least important but most popular reason for this is that both actors lost tremendous amounts of weight for their roles. Much more importantly, they both absolutely disappear into their characters, McConaughey behind his mustache and cowboy hat and Leto behind his makeup and wig. McConaughey's emotional range is absolutely incredible. He goes from a cocky asshole facade to genuine worry and anxiety, from complete selfishness to (somewhat) altruistic benevolence, from greed to generosity, all without it feeling forced or heavy handed. Leto has a smaller part (and to some extent reprises his role in Requiem for a Dream) but plays a solid foil to McConaughey, first belying his insensitivity and then revealing his compassion.

What really made me smile about this movie is the fact that this is a great story structurally. There's nothing missing which should have been included and there's nothing included which should have been cut. To use Kurt Vonnegut's Shapes of Stories, Dallas Buyers Club is a From Bad to Worse story tacked onto the front of a Cinderella story, although the precise emotional impact of the ending is something all its own. While the general thrust of the story is something which has been told before, the specific flavor of this movie is fresh and unique. This is the type of movie that makes me wonder why theaters are so often full of uninteresting nonstories. Clearly there are capable screenwriters out there, and I know they can't be everywhere all the time, but do we really need so much garbage? 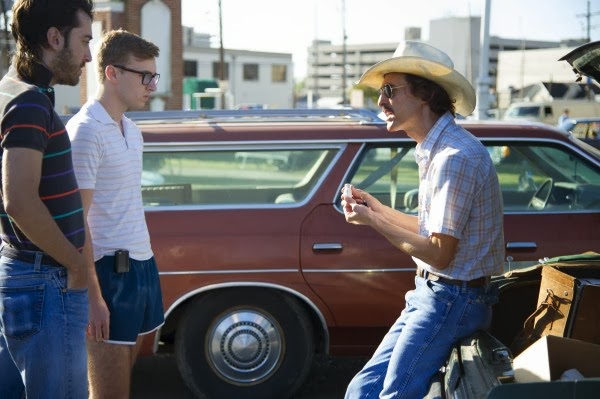 Dallas Buyers Club, despite being set in the 80's, deals with two issues which are very much current-day concerns. First, through Ron's alcoholism and then through his experimentation with different AIDS treatments, the movie deals with the problem of what we put in our bodies. There's some truth in the often repeated "you are what you eat", and the case of pharmaceuticals is no more or less relevant than the case of what to have for dinner. Ron progresses from doing what feels good (illicit narcotics) to doing what other people tell him (prescription drugs) to researching and even experimenting on himself. But even this final answer doesn't completely solve the puzzle—as Ron says, "Sometimes it feels like I'm fighting for a life I ain't got time to live."

In a similar vein, the movie is also a critique of bureaucracy in general and of the FDA specifically. The only FDA-approved drug at the time had many dangerous side effects. Even more importantly, there were other drugs on the market with science to back them up which weren't being distributed in the USA because of corrupt legislators and high level businessmen. As has been pointed out, it would be easy to leave the film with the impression that AZT or even prescription drugs in general are bad for you and should be avoided, but I think this would be a misreading. The film ends (oh, spoiler alert I guess, but this is the kind of film you can't really spoil) with Ron in court with the FDA and a judge saying that despite the FDA's obvious misconduct there was nothing illegal about what they did. Dallas Buyers Club isn't a story about why you shouldn't take prescription drugs, it's a story about why we need to change the structure of our judicial system and the way we decide what other people should be allowed to put in their bodies.

One thing the movie dramatically fails to address is the issue of homophobia. We're forced to side with an unrelenting bigot for the majority of the movie, and while the character grows beyond his emotional handicap to some extent there's very little said about it otherwise. It's frustrating that nobody pointed out how offensive the homophobic savior is, but this shortcoming of both the character and the movie makes the story feel genuine and not utopian. In a perfect world we wouldn't have homophobic heroes, but the world we live in is far perfect.