The Wolf of Wall Street vs. Pain & Gain (review) 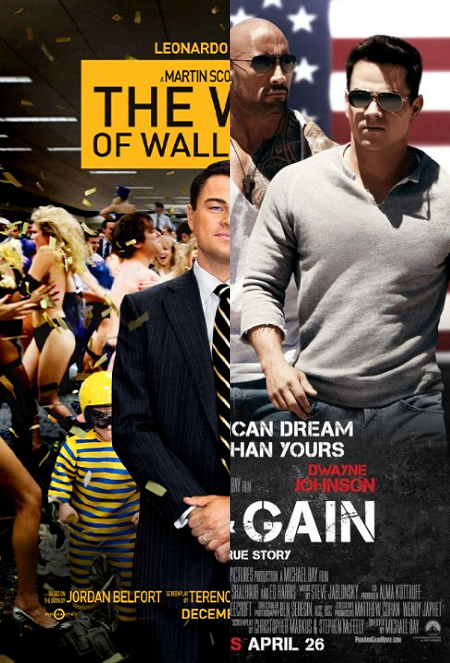 Alright I'll pitch my argument quickly before you laugh at me for comparing one of the best movies of the year with one of the worst: The Wolf of Wall Street and Pain & Gain are both satirical black comedies, and the difference in their attitudes illustrates both why the controversy surrounding the former is misled and how to successfully write compelling satire. We all know Martin Scorsese makes great films and Michael Bay makes movies for teenage boys, but beyond the different levels of craftsmanship what actually sets these two movies apart? What makes one memorable and the other a flashy pile of garbage?

Not convinced? Alright, just skip down to the picture of Leo trying to get into his car. After that I start to discuss what makes Wolf great technically and how its influences highlight where it works and where it comes up short. Also I'll talk about the ending, but if you haven't seen it yet don't worry, there will be spoiler alerts.

The Wolf of Wall Street tells the story of Jordan Belfort (Leonardo DiCaprio), a stockbroker who became immensely wealthy through securities fraud and a variety of other forms of corruption. The movie begins with his first job working on Wall Street and spans his entire life up to the present day. It establishes Belfort as a human being before showing the criminal he became. It marks the hardest I've laughed in a movie theater all year, and despite its 3 hour run time it never feels slow or boring.

Pain & Gain tells the story of a small group of bodybuilders who become despondent over their lack of success obtaining the American dream and turn to extortion as a means of generating income. The movie depicts in excruciating detail and without a shred of sympathy the series of bad decisions made by the group. It features a multitude of action shots from consumer-grade mounted cameras and trick shots build to look like long takes without having to put too much effort in. It is mean-spirited and condescending. 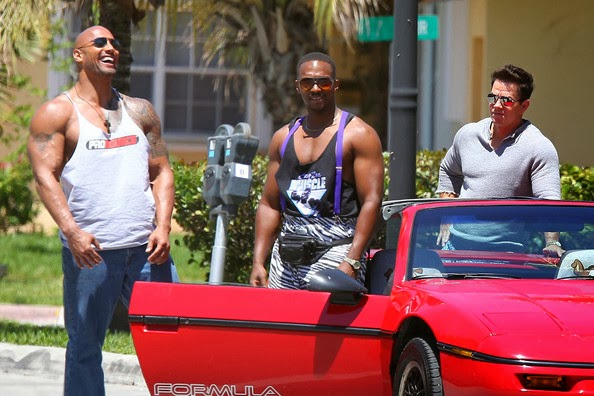 If I haven't made it obvious yet, the primary difference (beyond simple technical quality) between these movies is how they treat their subject matter. Where The Wolf of Wall Street wants to actually examine a character, Pain & Gain simply wants to mock its protagonists. Wolf gives us a balanced depiction, Pain is skewed. None of these characters are good people, but at least Jordan Belfort feels like a person rather than just the butt of a joke. Long story short, it's the difference between laughing with someone and laughing at them. Wolf sees through the eyes of its protagonist while Pain presumptuously looks down on them.

This is where the criticism of The Wolf of Wall Street as a glorification of crime seems to miss the point. Just because Scorsese has enough empathy to understand a character and show his side of the story doesn't mean he thinks they were right to do what they did. It just means he has the heart to realize that while Belfort made mistakes (and may even continue to make them), he is still a human being. There will always be those who watch movies like Scarface and decide they want to be Tony Montana, but that doesn't make them right. And on the other end of the spectrum, Michael Bay's lack of compassion may make his characters impossible to admire, but it also makes his depiction of their situation tasteless and arrogant. 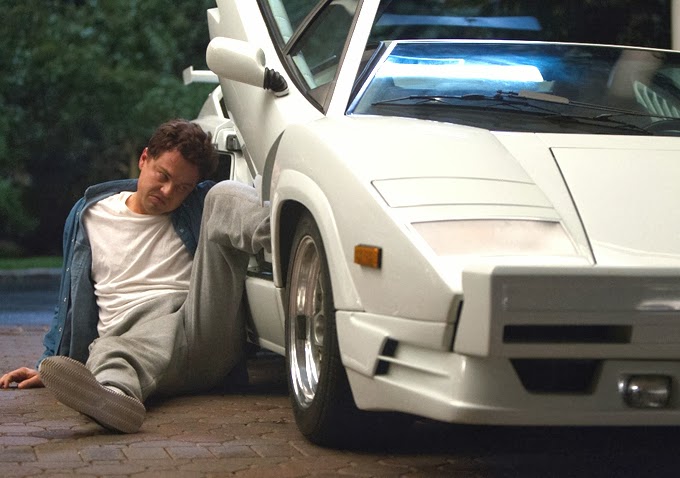 Before you start thinking The Wolf of Wall Street is the best movie ever, let's compare it to a similar Scorsese masterpiece. Goodfellas begins with Henry Hill as a child and works hard to fully develop his character. Over the past 24 years it's become a classic so I don't feel like I have to sing its praises, but if you want a movie that really shows you how a man went from good to bad to worse it's one of the best. The Wolf of Wall Street takes a slightly less in-depth approach. It only spends a few scenes with Belfort before he's corrupted by money and drugs, and once he switches he goes from one extreme (innocent ambition) to the other (amoral decadence) in a matter of seconds.

In terms of influences, The Wolf of Wall Street also reminded me heavily of Steven Soderbergh's The Informant!, another satirical black comedy about a man committing fraud. One of the criticisms of that film was that it's hard to side with the main character because he's so obviously a compulsive liar. Wolf solves this problem by making Belfort as charming and charismatic as he is thoughtless and corrupt. He sells himself to the audience just as effectively as he sold himself and his scams to his victims. 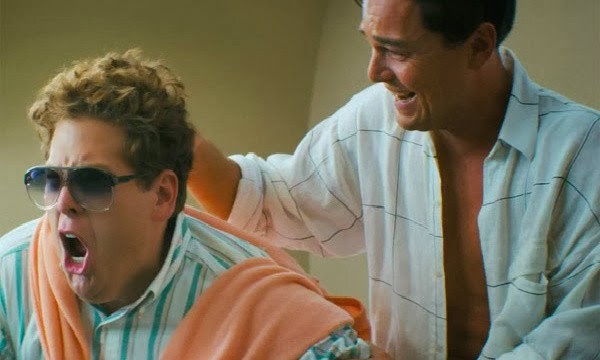 The Wolf of Wall Street also benefits from being exceptionally well made. There are several magical tracking crane shots which may leave you curious as to how they were accomplished (I was certainly stumped). Leonardo DiCaprio is as talented as ever and handles the comedy very effectively, although I don't think this will be the year he finally wins the Oscar. Jonah Hill is amazing and actually steals some of the scenes from his co-star (it also seems like Scorsese gave him more than one scene to do some improv). Perhaps the biggest accomplishment was making a 3 hour movie that doesn't overstay its welcome or feel bloated.

Alright, I need to talk about the ending. Those of you who haven't seen the movie, go see it if it's still in theaters or get it when it comes out on DVD or Betamax or whatever. You won't regret it. Spoilers from here to the end.

So the last scene of the movie is Belfort giving a speech about how he became successful, and as he talks the camera slowly pans up to a shot of the audience which mirrors the audience in the theater. I found this to be the most interesting and thematically compelling shot in the movie. This first level is obvious: we just spent 3 hours showing how Belfort became a shallow and dishonest salesman, and now we see people buying into his garbage. They are as gullible and naive as he is corrupt and untrustworthy. But by mirroring the audience we get a second level: we, the moviegoers, are gullible and naive, willing to buy into the trash on screen. The message is both that Belfort succeeded because of our unreasonable desire for a quick fix and that movies like Pain & Gain succeed (it tripled its budget at the box office) because we're easily taken in by pretty lights and loud noises.

The Wolf of Wall Street