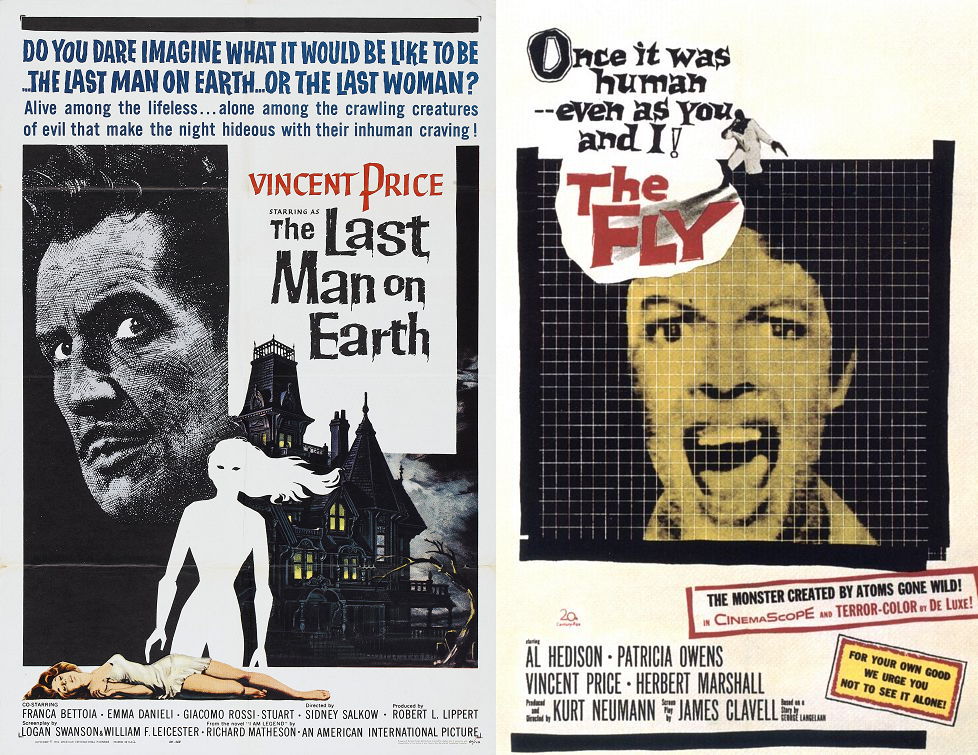 On this week's episode of Something Interesting From Last Week, surprisingly long flashbacks!

Last week I saw The Last Man on Earth (1964), the original adaptation of the Richard Matheson novel I Am Legend which later provided the source material for 1971's The Omega Man and 2007's I Am Legend. The movie has a unique structure: the first half hour shows Vincent Price in the dystopian world Earth has become, but then there's a flashback which almost lasts another half hour by itself (24 minutes). You spend so much time in the past that it begins to feel normal, like the natural setting of the story, but just then it suddenly returns to the ruined world of the future. This causes a jarring effect which evokes Vincent Price's feeling of loss/nostalgia through the form of the film rather than having this sort of emotion conveyed through dialogue.

Coincidentally I also watched another film with an odd flashback structure (and also featuring Vincent Price), 1958's The Fly. Here again we get half an hour of setup only to rewind several days, but in this case the flashback lasts almost an hour (53 of the film's 94 minutes). More of the movie happens in the past than in the present, but with significant bookends on either side. The flashback houses the majority of the film's central events involving a woman with a husband who conducts a dangerous scientific experiement which mysteriously leads to his death. The effect is first of having you question the murderer's innocence and sanity (before the flashback) and afterwards of forcing you to believe in and side with the murderer (by having the flashback take place from her perspective).

Both solid movies which I would recommend for any fans of science fiction oldies, a bit slow by today's standards but fun for any who might be interested.

Related: The Best and Worst of Movie Remakes
analysis film flashbacks form I am Legend movie remakes review sci-fi shape Something Interesting From Last Week structure The Fly The Last Man on Earth The Omega Man