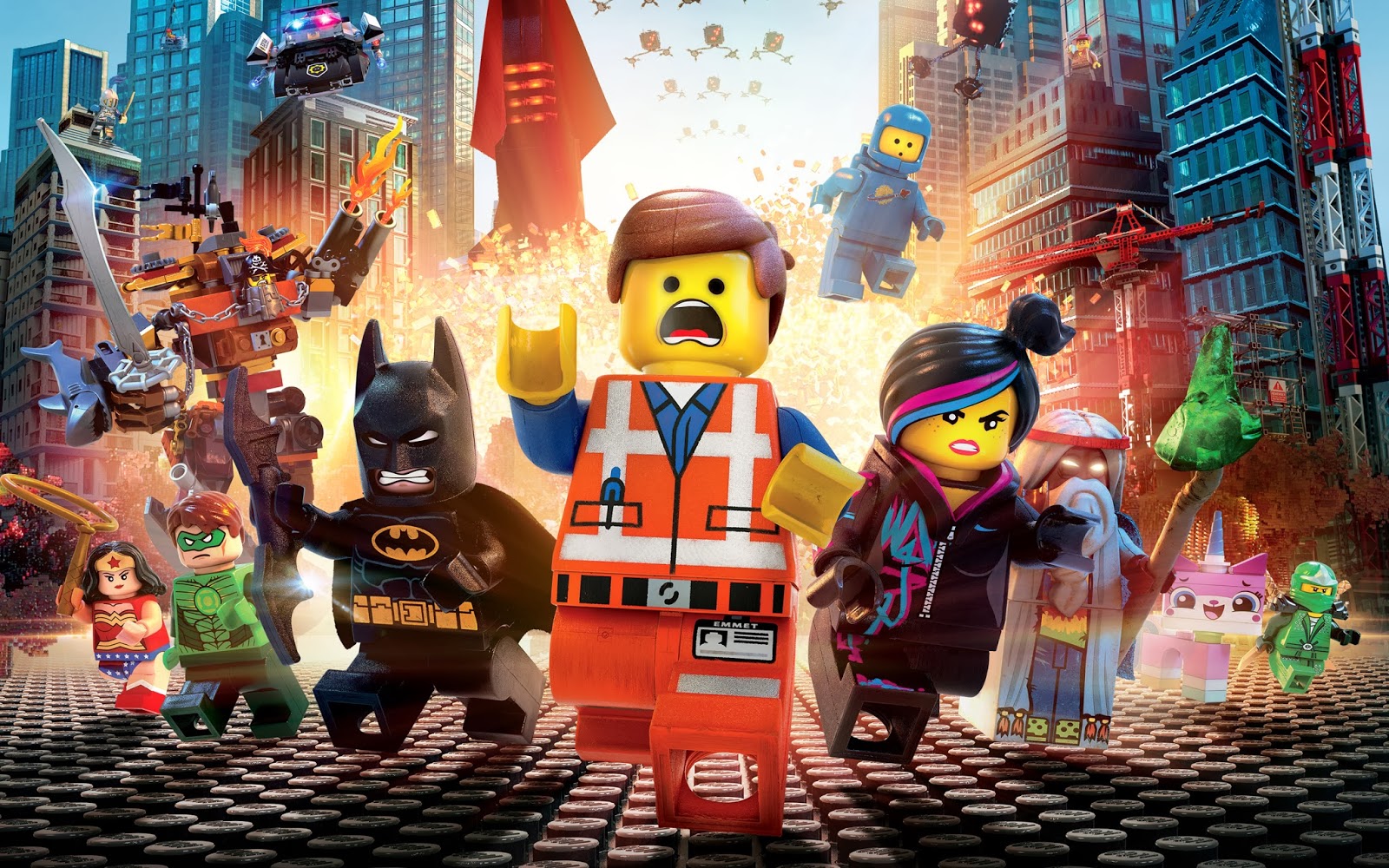 The Lego Movie (2014), the recent 100 minute advertisement for Lego's popular line of construction brick toys, has been receiving astronomically positive reviews. Of all the movies nominated for Best Picture this year, the only one with a higher rating on Rotten Tomatoes is Gravity. Everybody is in love with it. Maybe it's just because it's February and we're stuck in between Oscar Season and Summer Blockbuster Season and most of the movies coming out right now are kind of trashy (Winter's Tale, Endless Love, Ride Along, Barefoot, Vampire Academy, and Nut Job all have less than 20% as I write this). In any case, as much as I'd love to be the dissenting voice here and tell you that this is just another kids' movie, it actually kind of lives up to its hype. 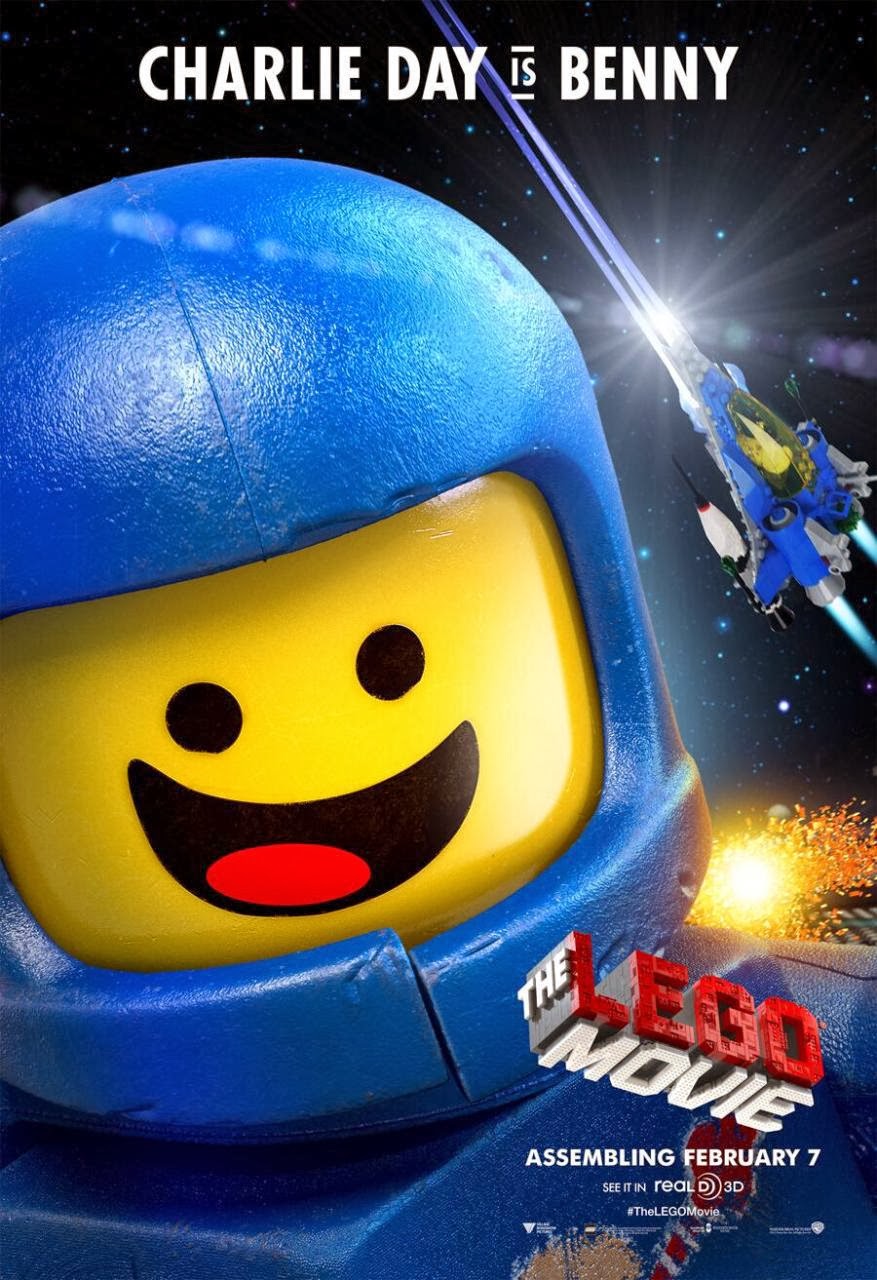 The basics of the plot are pretty traditional. Emmet is a regular normal average construction worker whose life is turned upside-down when he gets involved with circumstances beyond his control. He's told he is the chosen one who will rescue the world from destruction. It's some pretty basic stuff, like Die Hard meets The Matrix meets every Pixar movie ever. Regular Guy finds out he's not just any Regular Guy and learns to believe in himself and save the day. The Everyman plot structure is so ubiquitous it's hard to imagine anybody being able to do new things with it.

What makes The Lego Movie stand out is that the writers accepted that they were making a generic movie and decided to make fun of the tropes and cliches they rely on while still using them to move the story forward. For example, Liam Neeson plays Good Cop Bad Cop, a police officer with a case of multiple personalities allowing him to play both sides of the traditional Good Cop Bad Cop routine from a unique angle. Neeson did a great job creating two unique voices that effectively embody the stereotype in an amusing way.

Underneath this I think we can find The Lego Movie's two biggest strengths: its writing and its voice acting. It was written and directed by Phil Lord and Chris Miller, the duo behind the recent 21 Jump Street. In their previous efforts they've proven their ability to humorously handle cliches and metacomedy, and here they've got their pop culture joke machine firing on all cylinders. I don't want to copy any of the jokes here because they're obviously not as funny in print and because of the whole "putting the best jokes in the trailer ruins the movie" phenomenon, but take my word for it, this movie is hilarious.

Of course a lot of the comedy's success is also due to the literally unbelievable cast. I mean, I've been freaking out about how sweet this cast is since it was first announced, and the execution is just as good as it sounds on paper. You can check out the full cast for yourself here, but some highlights include Will Arnett as Batman, Channing Tatum as Superman, Jonah Hill as The Green Lantern, Will Forte as Abraham Lincoln, Jorma Taccone as William Shakespeare, Keith Ferguson as Han Solo, and two brief but mind boggling cameos. And that's just the characters not originally created for the movie.

The Lego Movie also works on a dramatic level, but this is where you have to remember that it's ultimately a movie for kids. It has a positive message and there are some really great and interesting ideas here that only older audiences will be able to appreciate, but as far as emotional investment goes this movie basically just scratches the surface. That's not to say that there's no character development, it just plays second fiddle to the comedy.

The last reason The Lego Movie is making such a splash is its animation quality. The visuals are colorful and impressively detailed, and the frame rate is lowered to imitate stop motion footage. My ineptitude with flowery language will never be able to do justice to a movie like this, so suffice it to say that for a man who prefers practical effects trapped in a world obsessed with CGI this was a breath of fresh air.

I wouldn't be surprised to see it recognized in next year's Animated Feature Oscar nominees, but The Lego Movie is by no means a perfect movie. The romance feels hopelessly tacked on and one or two elements of the ending felt a bit rushed, but all in all this was a very well written, well acted, and incredibly funny movie.

80%
(Constantly entertaining, great with a few minor flaws, and interesting but potentially problematic)

Quick Zizek-style reading (SPOILERS): Emmet is raised within the confines of the strict Ideology of Instruction Manuels and grows up never questioning it until he meets the anti-establishment anarcho-revolutionary Wyldstyle. She educates him as to the shackles he's unknowingly worn his whole life and takes him on a quest to destroy the evil capitalist reactionary Lord Business by acquiring the Objet A in the form of the Piece of Resistance. Ultimately however it is Emmet's realization that they need to use Ideology against itself which leads to their triumph.
Succeeds because:
- ideology must be dismantled from within
- the act, rather than the fantasmatic prophecy/destiny, is the agent of change
Problematic because:
- objet a is real, attainable object which solves the conflict
analysis animation children comedy film kids movie psychoanalysis review s The Lego Movie voice actors writing Zizek