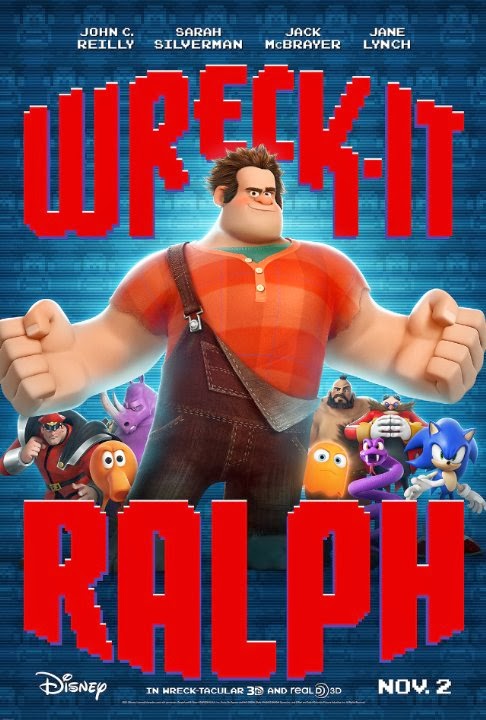 Wreck-It Ralph (2012) is an animated film about video game characters, an idea which as a former video game nerd sounded both creative and interesting. Unfortunately where its content succeeds in being original, the movie ultimately suffers from its uninventive form. It amounts to a fresh coat of paint over a story we've heard a million times. It is by-the-numbers formula, and while some audiences like myself will find themselves content to watch more of the same presented in a new way, other may be frustrated by the lack of ingenuity.

Wreck-It Ralph is a movie you've already seen a thousand times even before you've actually seen it. Ralph is a guy who is tired of who he is and gets in trouble when he tries to become somebody else. He realizes over the course of the story that he can't change who he is and that he shouldn't want to. We know he's going to try to be good, we know he's going to fail, and we know what he's going to learn from the process. The entire arc of the movie unfolds before your eyes the second Ralph (the "bad guy" protagonist) is contrasted with Felix (the "good guy").

What bothers me is that when I hear people say a movie is "predictable" the first image I get is of them sitting down and trying not to like it, and this couldn't be further from my experience with Wreck-It Ralph. I enjoyed watching it, but at the end of it I didn't feel like I'd seen anything new despite the fresh look. I guess "predictable" isn't quite the word I want to use as much as "generic" or "tired", but it basically amounts to the same thing. The story itself was very bland and reused and you could see everything coming before it happened. If you want to see video game characters go through the motions of the standard Disney plot it's a pretty fun time, but despite the unfamiliar setting the plays remain the same. Compare this to The Lego Movie: both are fresh takes on similar subject matter, but where The Lego Movie makes fun of its own reliance on clichés Wreck-It Ralph plays them straight. 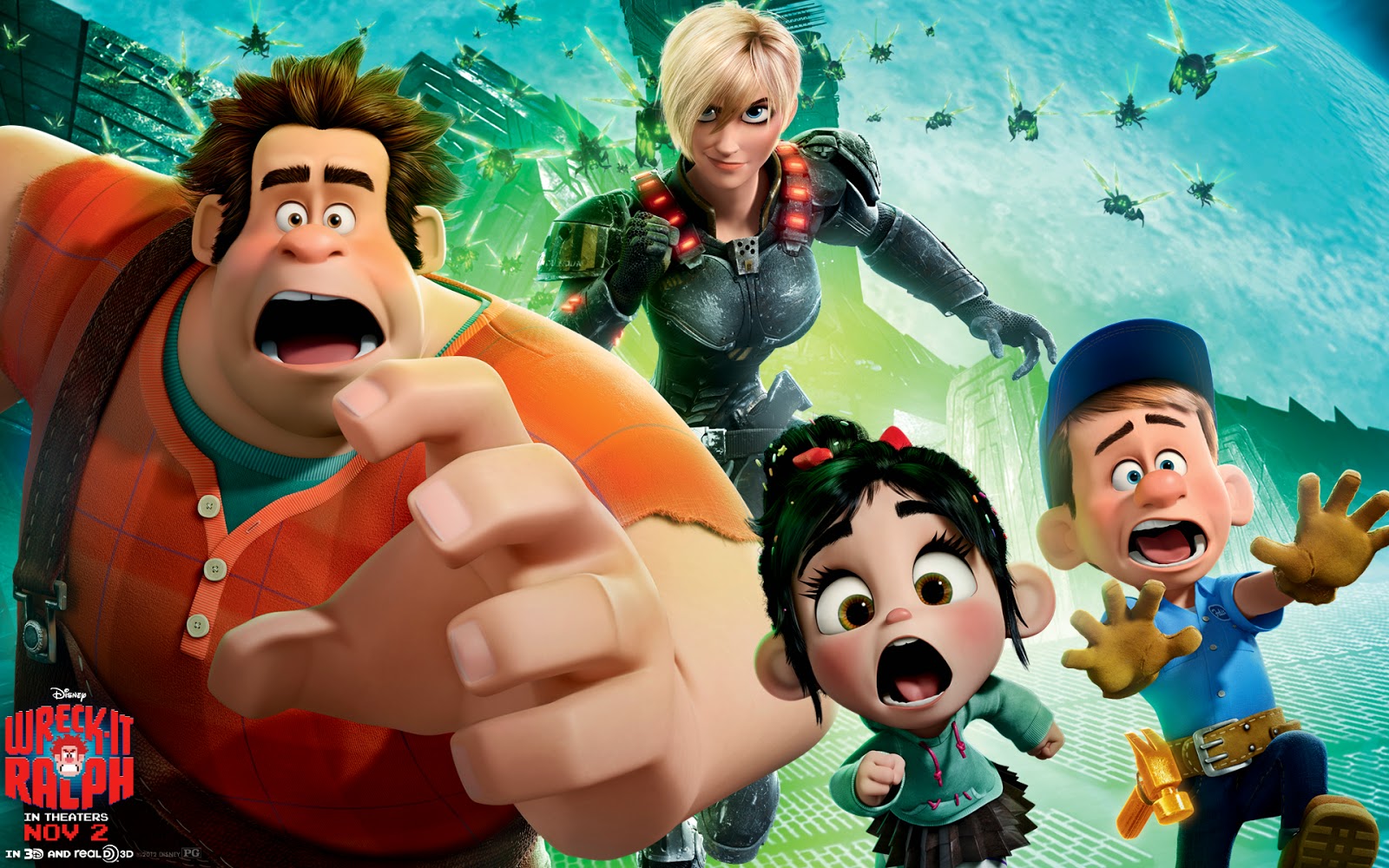 Of course the obvious point to make is that its creativity lies not in its writing but in its presentation. It is absolutely loaded with video game and movie references, and as a former gamer it was really fun to see. I also loved Sarah Silverman's voice work as Vanellope and thought everyone else did a relatively good job (I really liked Jack McBrayer as Felix but that might be simply caused by my love for him in 30 Rock). The animation wasn't anything special in terms of technical quality, but the movie used a wide variety of styles for the different games and included a few fun details in each to give them a bit of personality.

But none of it really transcended its formula. It was really fun, but it didn't really push any boundaries as a story. For the most part this didn't reflect negatively on my personal experience of the film, but at a few crucial points in the story the lack of nuance would become pronounced and make moments which needed to be heartfelt feel a bit cheap (especially the conflict between Ralph and Vanellope). Maybe I'm wrong, and maybe I'll come back to this movie later and find the story more compelling, but for now my experience of it was a bit underwhelming.


Quick Zizek-style reading (SPOILERS): Ralph is a Bad Guy jealous of the appearance of success and happiness enjoyed by the Good Guys who goes out to find a way of joining the Good Guys. Over the course of his journey he realizes that the Bad Guy is necessary to the success of the Good Guy, without the Bad there can be no Good, and ultimately embraces his position.
Succeeds because:
- stages Hegel's unity of opposites
Undeveloped because:
- it's mentioned one or two times in the script and is basically played out in the story but that's it
analysis animated children film Hegel kids movie review s Wreck-It Ralph