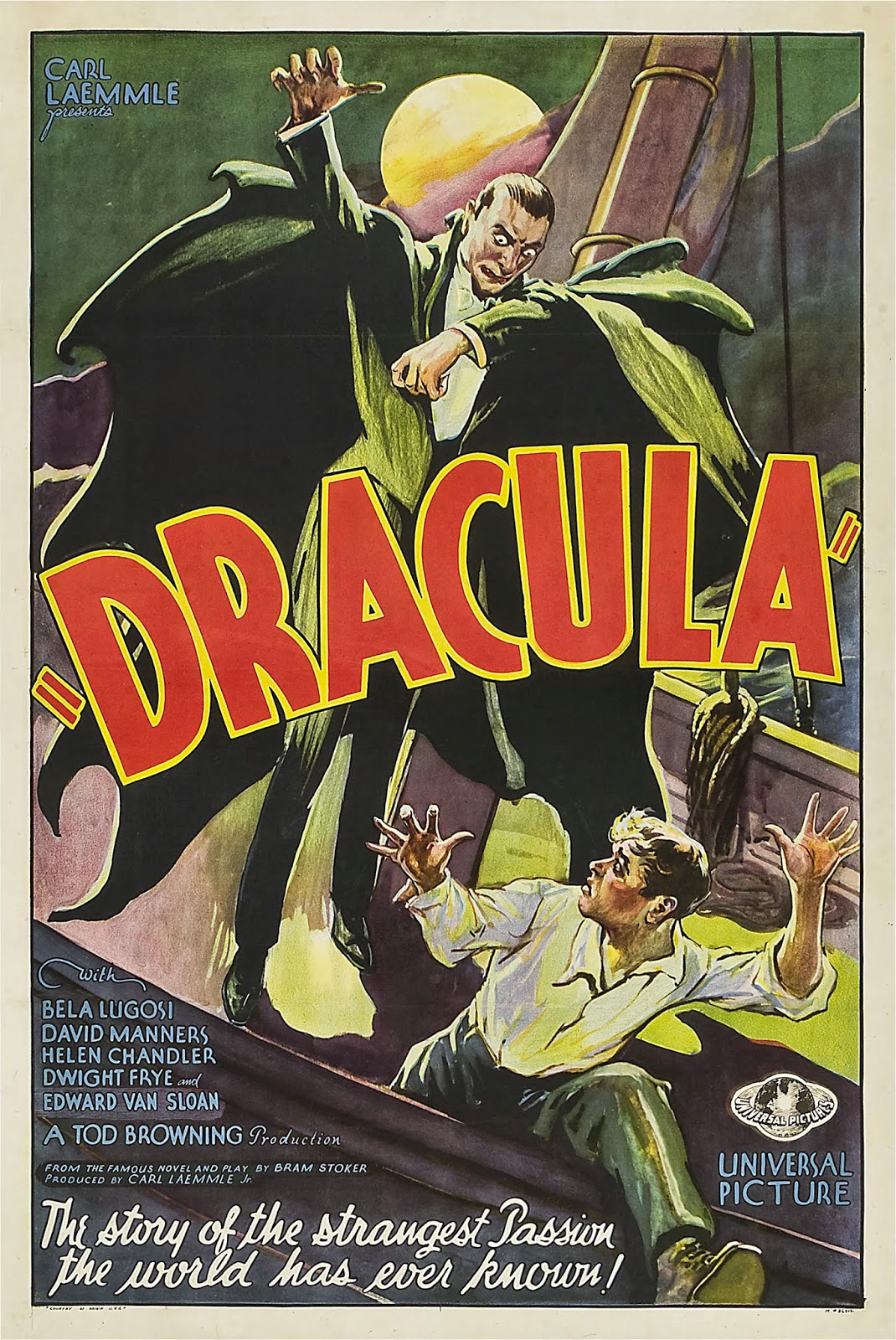 After some guilty pleasure contemporary horror on day 1, I'm jumping back to the classics with the original 1931 Universal Dracula directed by Tod Browning. The story tells the classic tale originally formulated by Bram Stoker, albeit cut down quite significantly for its all-too-brief 72-minute run time. There's something about Stoker's iteration of the vampire narrative which never gets old for me despite having seen at least five adaptations of it on film, and the story's success is a testament to its continuing cultural relevance more than a century after the novel was first published.

The strengths of Browning's Dracula lie in its moody, atmospheric visuals and the central performance from Bela Lugosi (one of the three kings of Universal horror).

The set design is simply exquisite. In particular, Dracula's castle is both majestic in its awe-inspiring spectacle and imposing in its sinister character. It is a grandiose construction crumbling under the weight of its countless years of service. It is a place just as undead as the creature who inhabits it.

Then there's Dracula himself. Bela Lugosi is slow and methodical, evoking a deathly persona as the evil count. He is haunting in close up and brings a wonderful, almost campy quality to the character with his exaggerated gestures and facial expressions.

Of course I'd be lying if I said this was my favorite adaptation of the story, and its rushed retelling has a lot to do with that. But it does offer some distinctive visuals and creates a memorable version of the titular antagonist, and for that it deserves its place in cinematic history.