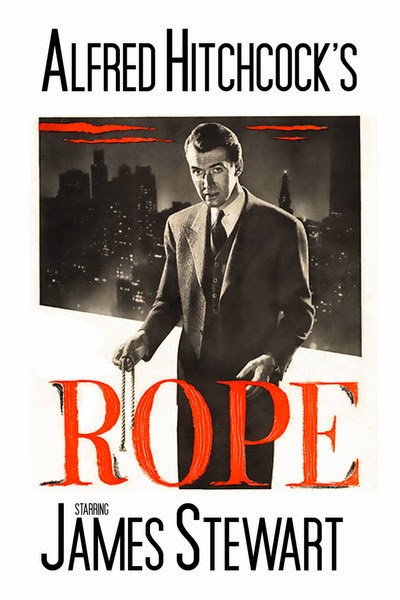 Rope is a classic Hitchcock murder mystery best known for its inventive use of long takes and creative cutting to try to appear as a single, uninterrupted shot, and while some audiences may find this distracting, it effectively puts the viewer at the scene of the crime and creates a feeling of claustrophobia or entrapment, as if events are escalating out of control and there's nowhere for you to escape to—likewise, confining the action to a single apartment with a view of the New York skyline increases the anxiety of the situation by creating the sense that we're not allowed to leave (and it's this tense and uneasy atmosphere which makes it a perfect candidate for a horror marathon)—and the two central performances from stage actor John Dall as Brandon and Strangers on a Train star Farley Granger as Phillip not only succeed in light of the difficult conditions of doing 10-minute-long takes at a time, but also manage to provide convincing arcs for their characters, with Brandon becoming increasingly excited and Phillip becoming increasingly drunk and nervous as the two face the prospect of either getting away with their crime by a slim margin or getting caught at the last minute, and James Stewart provides a lovably comedic supporting role as Rubert Cadell, a professor who initially takes light-hearted pleasure in the frivolous entertainment of the party but eventually begins to worry that his students have taken his teachings a bit too literally; but the real star of the show is the script, which is as pun-derfully filled with sexual innuendo as anything else in Hitchcock's uniquely sexy filmography, and continues to develop the director's exploration of the connection between sexuality and violence, depicting its murderers as sexually liberated or frustrated in relation to their respective enjoyment or fear of their crime, which they committed as an intellectual exercise: the "perfect murder"—but will they get away with it?

It's a great movie. 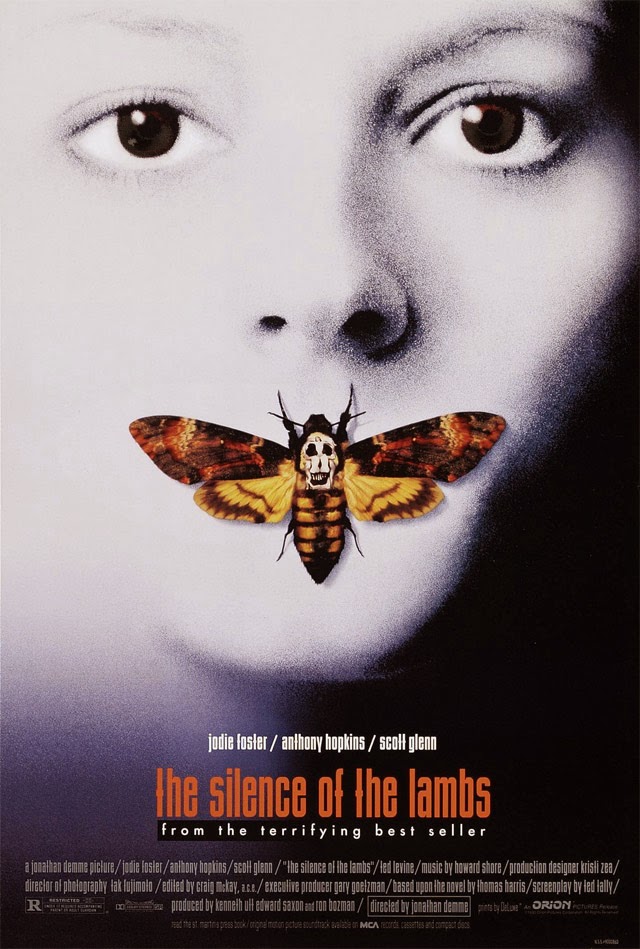 The way Anthony Hopkins's captivating performance as Hannibal Lecter becomes increasingly sympathetic despite its creeping enmity, and the way Jodie Foster's engaging performance as Clarice Starling becomes increasingly passionate to the point of being almost frightening, and the way the camera shows them both from increasingly close angles until it eventually joins Lecter in his cell with him, and the way the editor increasingly violates the 180-degree rule when the two are together to put Clarice right next to Lecter, and the way all this builds up to the incredible "screaming lambs" scene where we see the extent of Lecter's insight and affection and of Starling's strength and fear; it's absolutely astonishing.