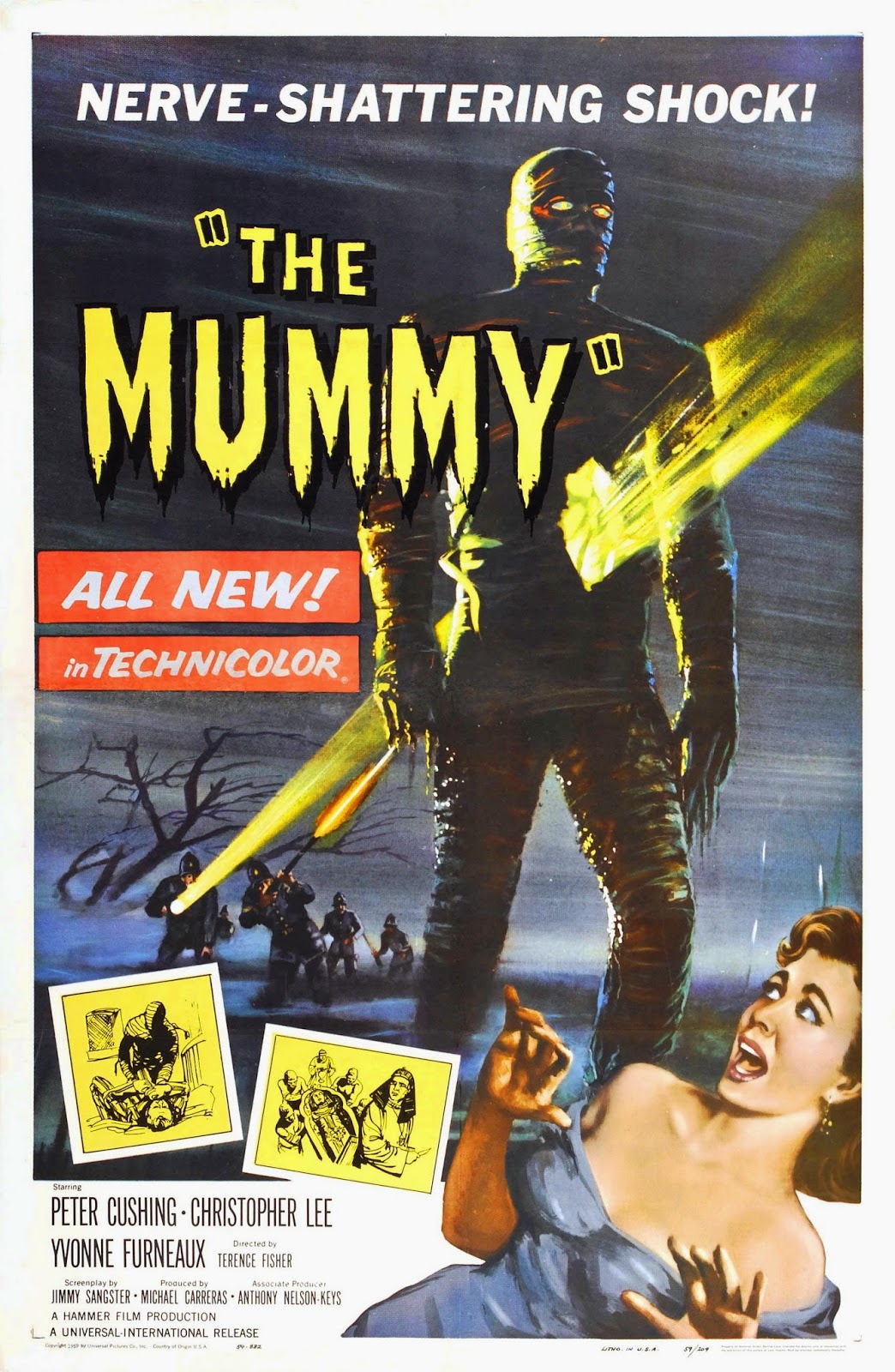 I think I finally got it. I finally understand what I've been missing with these Hammer Horror films. They're silly and campy, and maybe they're a little shallow, but that's not the point. They're also beautiful and fun, and there's little in this world of more objective value than watching Peter Cushing do his thing. Of course, the irony is I had apparently already figured this out back in June when I watched my first Hammer Horror film, but whatever.

In this episode of The Adventures of Grand Moff Tarkin and Saruman, a father/son archaeological team slightly desecrates an ancient tomb with a little dynamite and then find themselves annoyingly haunted by a pesky Egyptian mummy. It's kind of like the Brendan Fraser Mummy, but instead of computer-generated action sequences it has the great British thespian Peter Cushing shooting a mummified Christopher Lee with a double-barrel shotgun.

On a more serious note, like all Hammer films it's quite pretty to look at. In particular, there's a swampy moor which plays a significant part in the story, and between its detailed construction and atmospheric framing it really is quite beautiful.

The Mummy does have a couple of significant weaknesses, however. It has a penchant for melodramatic summoning rituals and an over-reliance on flashbacks, which together make some of its material a little tiresome after a while. But as a vehicle for more Peter Cushing and 50's Technicolor, it's certainly enjoyable enough. Honestly, at this point I'm so addicted to Cushing's acting style I'd probably watch just about anything with him in it.