"A thing is a thing, not what is said about that thing."

Birdman is the brilliant new release from director Alejandro González Iñárritu (Babel, Biutiful), and because functions on three separate levels I'm likewise going to tackle it in three portions. The first level is as a pure technical exercise in stretching the rules of cinematography. The film is composed of a series of incredibly impressive long takes edited together to appear as one continuous shot, and that really gets me excited. So excited, in fact, that while watching it I completely lost my sense of critical distance.

As with last year's Gravity, the technical prowess on display here caught me off guard even with what I knew about it going in, and as a result I fell in love with a film which is definitely great, but perhaps not in the way that most people think about "great movies". I don't mean to say that I think people are dumb and wouldn't notice the talent behind the camera; on the contrary, I think that people are intelligent enough to need more than cinematic parlor tricks to fall in love with a film. I, on the other hand, do not. I am a simple-minded nerd who gets just as hot under the collar at this self-satisfied showmanship as the people who created it.

But what's really impressive about the long-take gimmick is not only that Emmanuel Lubezki manages to pull it off so flawlessly—a feat in its own right—but that the rest of the movie still excels in spite of such strict formal structure. Lubezki choreographs the camera movements with a mind for composition. He physically frames actors closer together as they become emotionally connected, and he shifts focus between speaker and listener to guide our attention; and through it all, he encapsulates the chaos, stress, and constant tension of the situation.

Further still you have the actors, forced to continuously be at the top of their game because any small mistake means rewinding back to square one for the rest of the cast and crew. Because of this, performances during long takes can feel slightly theatrical or artificial. Yet the stars nonetheless manage to stay inside of multi-layered characters (they're characters in a movie playing characters in a play who play their characters as their characters would), while also giving some of the year's most powerful performances. Emma Stone is particularly memorable, but Keaton, Norton, Watts, and Galifianakis all leave strong impressions as well. 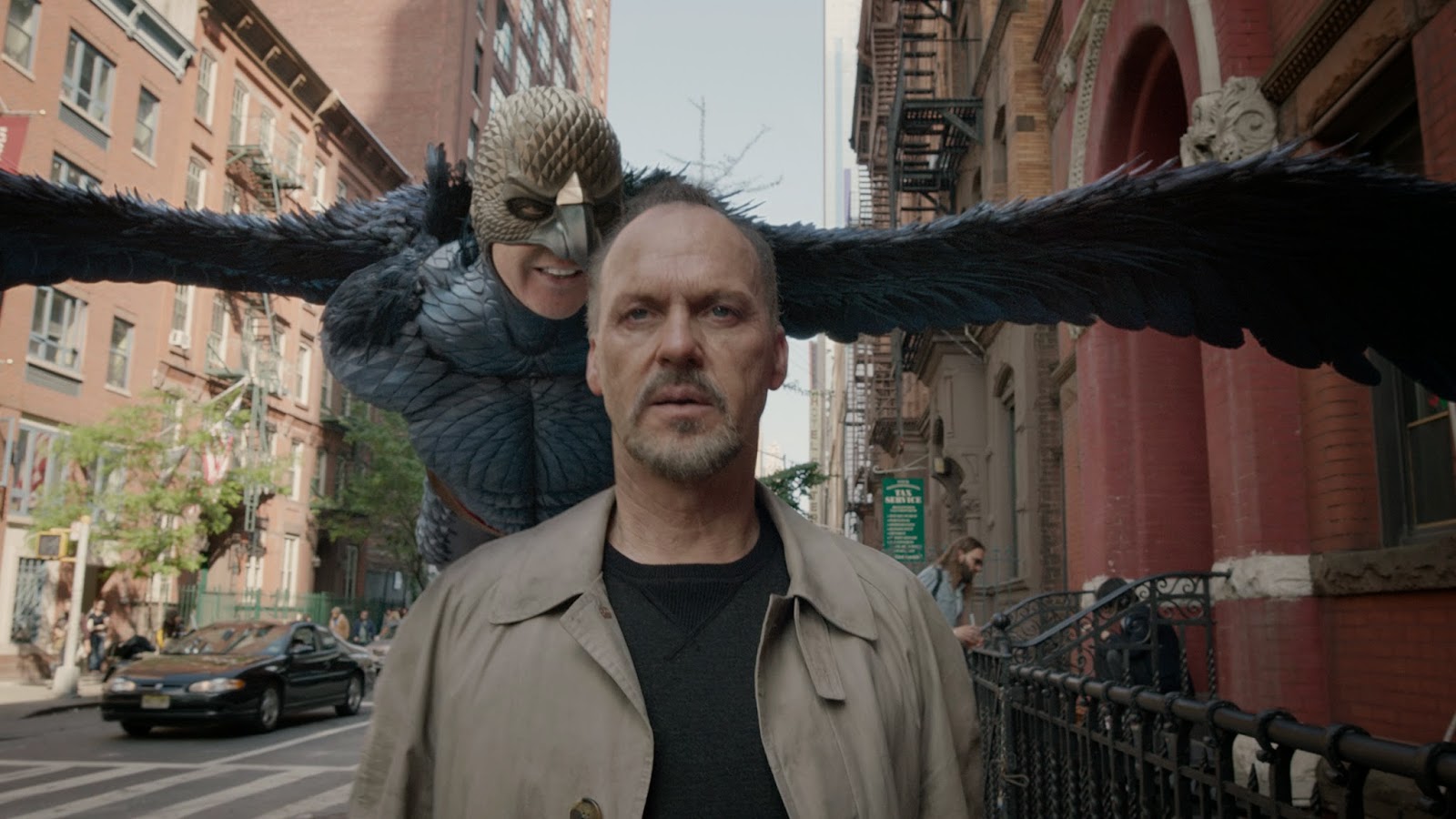 Riggan Thomson (Michael Keaton) is a man in crisis. He's trying to do something meaningful with his life after what he sees as long years of worthless entertainment being Birdman. He is literally haunted by the specter of his past self, both in the massive poster that hangs on his wall (a gift from the production crew; can't throw it away, those guys work too hard) and the guttural voiceover that speaks to him in his moments of weakness. He is a man who can't find enjoyment in life anymore, and his happier past-self follows him around mocking him for it.

The elementary psychological coordinates here are those of fantasy and superego. Riggan's fantasy frame, which allows him to understand his identity and gives him access to enjoyment, is slowly disintegrating. Fantasy is here quite appropriately represented by Riggan's past work as the fantastical Birdman. In those days he understood himself and knew how to have a good time. But when fantasy becomes an end in itself it causes a disconnect with reality, and this is precisely why Riggan can no longer be Birdman and is now trying to make "serious" productions.

What was once his fantasy has now become a figure of superego, or internal moral judgment. Riggan feels guilty for his past success and his present failure, but even more than that he's plagued by his inability to enjoy life. This is the irony of contemporary identity: in our permissive, liberal society where we're constantly told to enjoy whatever pleases us, the most common source of guilt is no longer enjoying too much (perverted sex, unhealthy food, etc.), but instead not being able to enjoy enough.

The central conflict of the film thus revolves around Riggan's quest to regain his fantasy frame without losing touch with reality, and whether he succeeds in the end is largely left up to the interpretation of the audience. 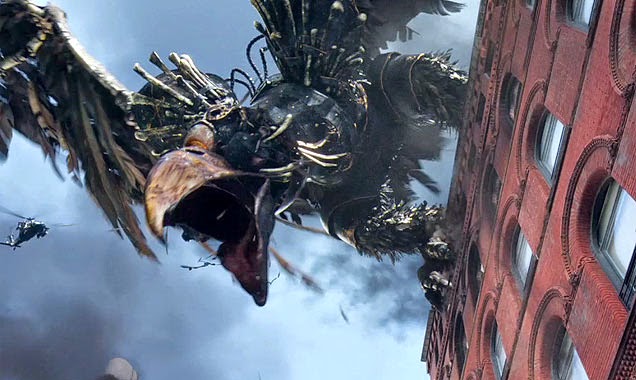 Then of course there's the final layer of Birdman, where it functions as a commentary on art versus entertainment, and here is where the film has lost a lot of brownie points with audiences. Not only does it pee in the proverbial coffee of film critics, it runs around afterward shouting about how great it is for doing so. Personally this attitude didn't bother me as much as it has others, because as far as I can see the film is peeing equally in the coffee of the artists as well.

There's one scene where Riggan confronts a famous theater critic and questions what had to happen in her life to make her such an evil person. But there are equally critical scenes not only of Riggan himself but of basically everyone else as well. This makes the film sound mean-spirited, but it's played for black-comic laughs rather than antagonism, and for the most part there's as much sympathy to be found as hostility.

There's also a hilarious scene where Riggan rails against the stereotype of dumb action movies: "People, they love blood. They love action. Not this talky, depressing, philosophical bullshit." If read from the position of the film itself, this clearly aligns it with the high-art "philosophical" end of the spectrum (which I would tend to agree with), but comes across as conceited or arrogant. But it's also possible—and much more interesting—to read this speech from the position of Riggan the character, as he struggles with his ability to accept the banal, vapid aspects of fantasy which are necessary to finding more meaningful enjoyment elsewhere.

You can definitely read Birdman as bitter and malicious, but you can also read the same material in other ways, and more important than its potential negative interpretations is the fact that the film holds up as a self-contained story. It obviously has a lot to say about the industry, but like all great films its symbolism is polymorphous, and ultimately it's only as angry as its audience.