Personified Morality in the Third Act of Sunshine 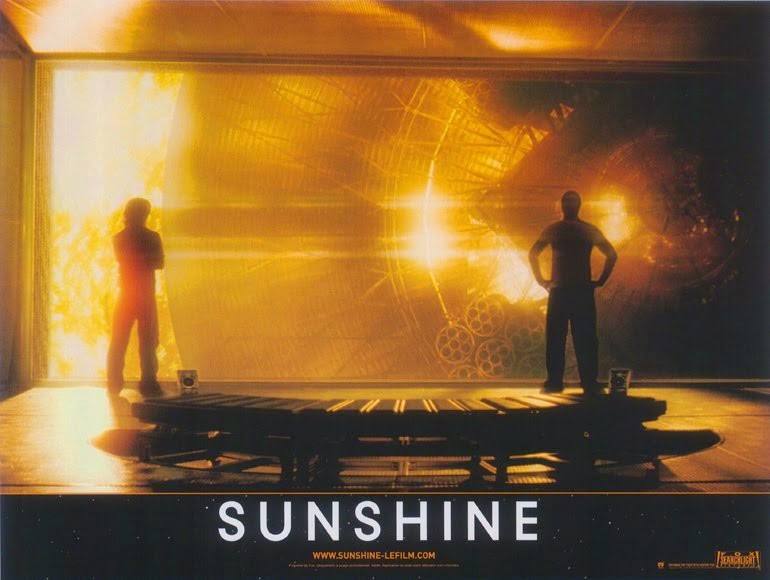 In Defense of the Third Act: Ethics and Morality in Danny Boyle's Sunshine

"Capa, warning: you are dying. All crew are dying."

But it's not just Capa and his crew that are dying. We're all dying, the whole human race, and that's absolutely terrifying. Look far enough into the future and you begin to stare into the abyss.

Sunshine gets a lot of criticism for its third act. After two acts of fairly serious science fiction, the film takes an abrupt nose drive into the realm of trashy horror with a man-turned-monster chasing the crew around and killing them. However, while this shift undeniably marks a potentially jarring mismatch in terms of the film's tone, it nonetheless serves as a perfect conclusion for the film's thematic discussion of the uncertain importance of human activity in the face of its impermanence.

The premise of the film is that our sun is dying, and without it humanity will not be able to survive. Straight from the beginning of the film to the end we are confronted with the question of how to find purpose in a world of which we may not be a permanent part. The crew of the Icarus II is on a mission to "restart the sun" and thereby restore humanity's future. Without a future we lose our purpose: what's the point if we're not going anywhere? This is what we might call the film's central thematic kernel. From here, the characters embody various ethical attitudes clustered around this kernel which result from their confrontation with the abyss of human extinction.

Capa takes the place of the film's moral center. He doesn't fear his own death and is concerned only with saving humanity. He is constantly focused on his payload as the single necessary ingredient to our continued survival:


When a Stellar Bomb is triggered, very little will happen at first. And then a spark will pop into existence, and it will hang for an instant, hovering in space. And then it will split into two, and those will split again, and again, and again. Detonation beyond all imaging—the big bang on a small scale; a new star born out of a dying one. I think it will be beautiful.

He takes pride in his creation, but through his voiceovers ("So if you wake up one morning and it's a particularly beautiful day, you'll know we made it") you can see how he never loses sight of the big picture. He is always aware of the fact that the fate of the Earth is in his hands.

When the crew realizes that they won't be able to make it back to Earth after delivering the payload, Capa doesn't fear his own destruction because he knows it will bring a new future to the people of Earth. He faces the abyss and can see past his own death as a means to something greater. He lets go of his personal attachments and cares only about the bomb and its successful delivery. He can sacrifice himself purely for the rest of humanity, and therefore achieves immortality as its savior.

A case which is similarly admirable but slightly different in its motivation involves Searle, the ship's psychologist. He becomes infatuated with the sun and loses himself in its power:


It's invigorating. It's like taking a shower in light. You lose yourself in it... Total light envelops you. It becomes you.

In the face of the destruction of humanity, Searle fantasizes about his own erasure (his body even begins to deteriorate as he spends more and more time in the observation room).

When he realizes that somebody has to stay behind on the Icarus I, he volunteers partly in order to save the rest of the crew, but also because he will finally have an excuse to completely expose himself to the full power of the sun. Nothing sustantial is gained from this erasure beyond the crew's ability to continue on their mission. It's a sacrifice without a cause beyond the immediate crisis, and is focused instead on the goal of Searle's personal pleasure (finally losing himself in the sun). But, however selfish his reasoning may be, he still gives himself up for the good of the group. He dies, but his is a good death because he acted in a way that benefited others, even if for pathological reasons. 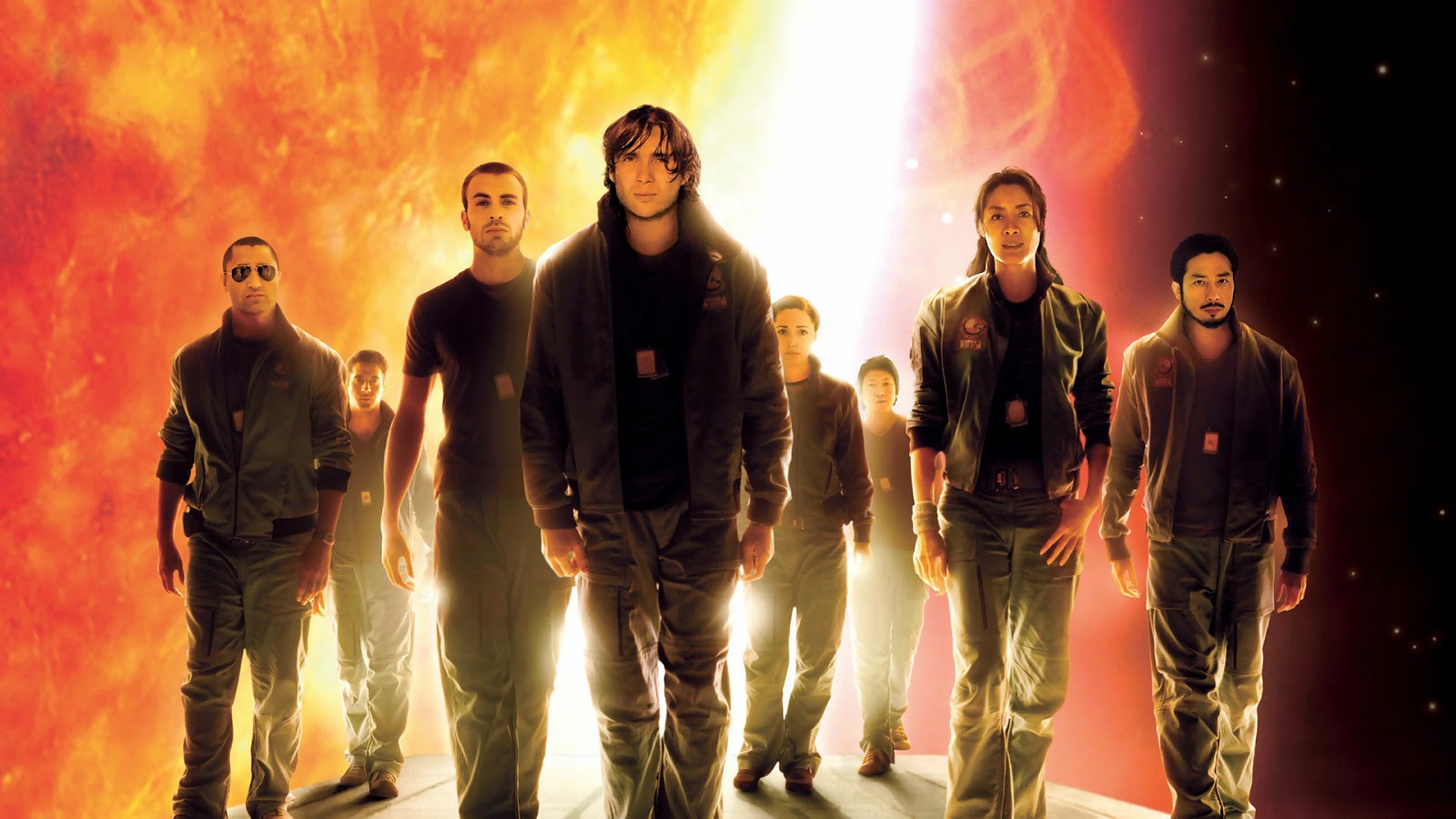 On the opposite end of the spectrum is Harvey, the crew member who most misses his life on Earth and is concerned more than anything else with returning home. When the crew is stranded on the Icarus I, he fails to see why Capa is more important than he is and insists that he get the last space suit and return to the Icarus II. He can't see past his own desire to survive. Of the entire crew, he fears death the most. He will not sacrifice himself for anything; on the contrary, he will sacrifice anything for himself. He therefore dies a bad death, ejected into the vacuum of space. His death means nothing.

Now we come to the twist, where the film abruptly turns into a slasher. Pinbacker, the captain of the Icarus I, has gone insane after years spent alone adrift in outer space:


I am Pinbacker, Commander of the Icarus One. We have abandoned our mission. Our star is dying. All our science, all our hopes, our dreams, are foolish! In the face of this, we are dust, nothing more. Unto this dust we return. When he chooses for us to die, it is not our place to challenge God.

In response to his confrontation with the void of human extermination, Pinbacker has adopted a policy of self-destructive nihilism. He has thereby come to physically embody this void. This is why the camera never gives a clear look at him: he is always distorted by this proximity to the abyss.

After the ship makes contact with the Icarus I, he comes aboard the Icarus II and begins killing the remaining crew. Left alive are Capa, Mace, Cassie, Corazon, and Trey (sedated by Searle in the psych ward). Capa and Mace sacrifice themselves for the mission, but Cassie, Corazon, and Trey are all killed by Pinbacker. This is how the film represents their failure in the face of a humanity without future. Trey fails by forgetting to adjust the shield to protect the ship; Cassie is afraid to do what must be done; and Corazon is pathologically attached to the oxygen garden. They are killed by Pinbacker and therefore literally killed by the void that he has come to embody.

This is why the shift in the film's third act is not only logical, but necessary. When you gaze long into the abyss, the abyss also gazes into you, and that is the gaze of Pinbacker.