Nightcrawler: The Temptation of the Image

Since its release, I've seen a variety of reviews which understand Nightcrawler as a critique of crime journalism. I think we can take this reading one step further: Nightcrawler interrogates our consumption not only of news media, but of images in general. It examines the hyper-realism our lives take on when they begin to revolve not around our own experiences but around images of those experiences.

As much as Louis Bloom's story is obviously about the birth of a nighttime crime journalist, it's also about the birth of a photographer (appropriate, then, that the film is shot by Robert Elswit, one of the greatest working American cinematographers). In an early conversation between him and his boss Nina, he tells her, "I'm focusing on framing. A proper frame not only draws the eye into a picture, but keeps it there longer, dissolving the barrier between the subject and the outside of the frame." Not only do we consume images, they also consume us. The more we're drawn into the world of images, the more everything outside the frame begins to fade away.

Robert Elswit visualizes this idea in a rather elegant way: at the beginning of the film when Lou Bloom is at a crime scene, he shoots either Lou himself or the events Lou is recording; but as the story progresses, he begins to shoot Lou's camera or its viewfinder. When Lou tapes a crime scene, Elswit shoots him with the viewfinder in focus and the real events behind the camera out of focus.

This tendency reaches its peak when Lou and his employee Rick are taping the gunmen in the Chinatown Express. Both of them are recording the events in the restaurant, but Rick sees them with the restaurant in focus and Lou sees them with his camera in focus. Lou looks at the world through the lens of his camera, and through that lens the world is flattened into two dimensions. The more we look at the world as an image, the more it becomes one. 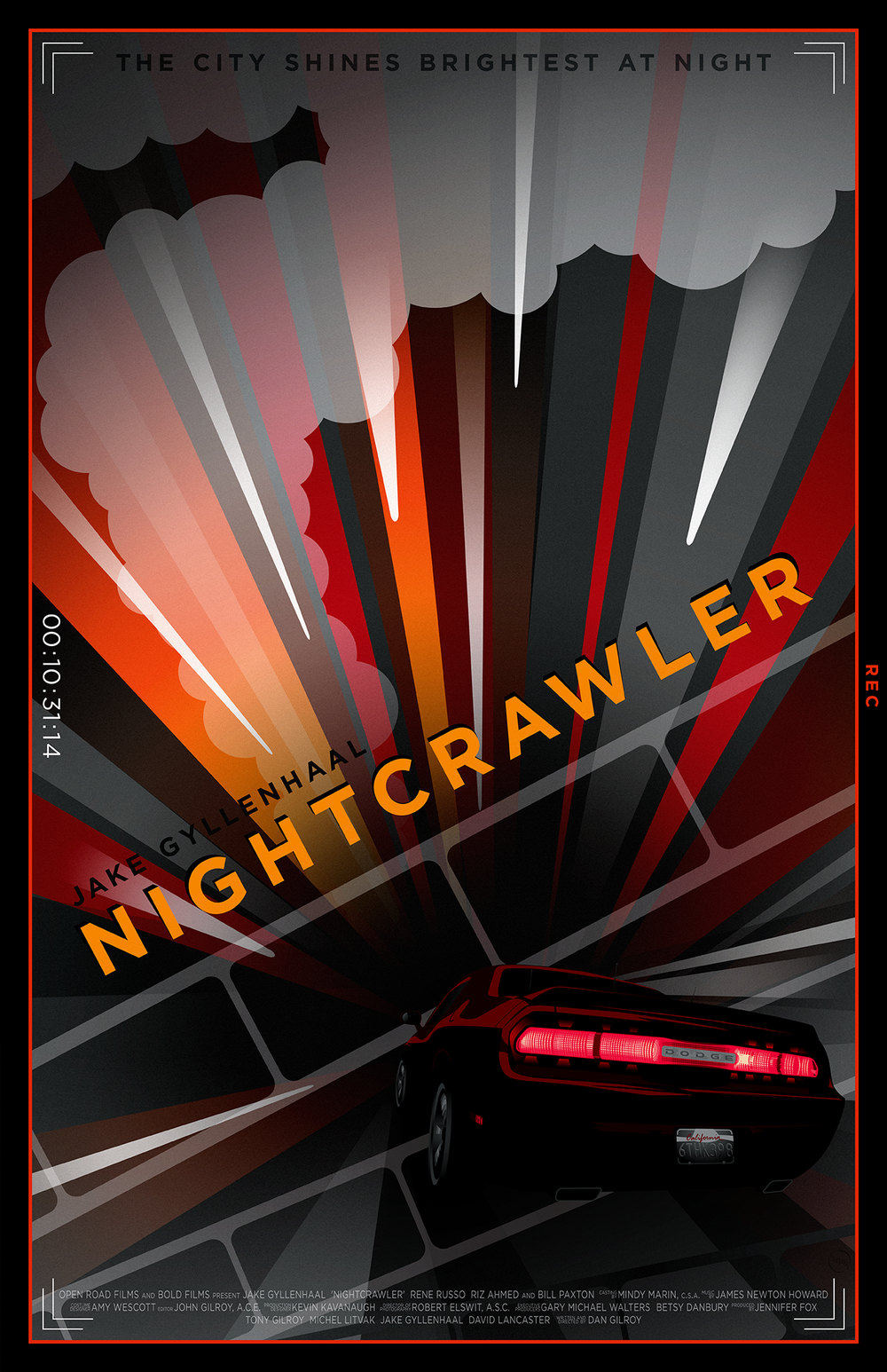 "What I want, in short, is that my (mobile) image, buffeted among a thousand shifting photographs, altering with situation and age, should always coincide with my (profound) 'self'; but it is the contrary that must be said: 'myself' never coincides with my image; for it is the image which is heavy, motionless, stubborn (which is why society sustains it), and 'myself' which is light, divided, dispersed..."
- Roland Barthes