Going to the Moon in The Tale of Princess Kaguya 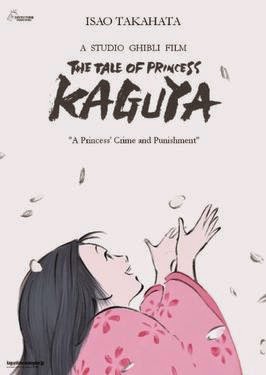 One thing must be said up front: the animation is astonishingly beautiful. It's a blend of hand-drawn charcoal lines and pastel watercolor painting somewhat reminiscent of Ernest and Celestine which is a delight to see and which feels fresh in a genre which has become increasingly flooded with digital graphics. And not only does the style look good, it also perfectly complements the mythical, fairy-tale atmosphere of its story about a princess born from a bamboo shoot. It's not just style for style's sake, the style has its own purpose, its own substance.

What makes Princess Kaguya rise above the rest of the nominees—and more importantly, what will make it endure in years to come—is how much important ground it covers. As a tale of a young woman raised by farmers to live in the high society of a palace, the central concern is that of culture and class consciousness. Life with the laborers is hard but fulfilling, and it's much more joyous than the world of the royalty, which is instead filled with the artifice of formality and tradition. As Princess Kaguya moves from the bamboo fields to her palace, she is shown wearing more and more layers of clothing and makeup, representing the aristocracy's distance from life and humanity ("Then a noble princess isn't human!"). 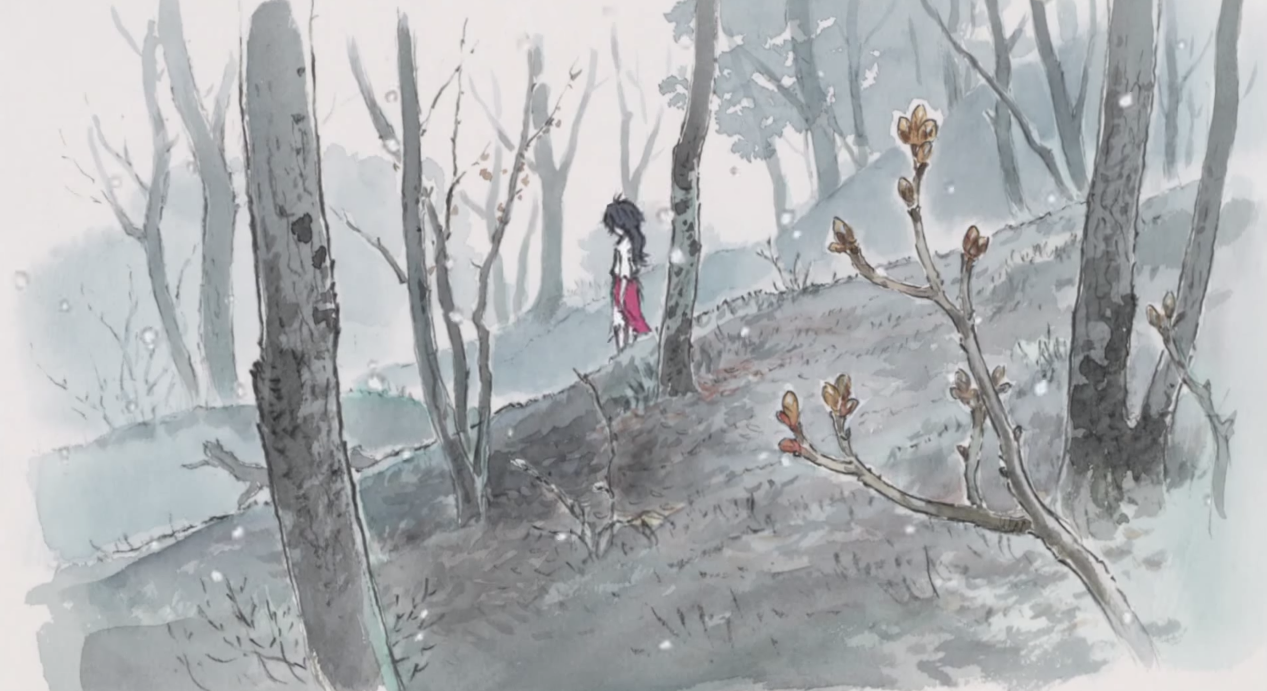 More than a simple statement about class conflict (or about nature vs. society), this also informs the ideas surrounding coming of age. When Princess Kaguya is young, life is simpler; but as she grows up, she is forced to deal with increasingly complex issues. The shift is not only from low to high class, but also from childhood into adolescence and into the world of society and symbolic social structures. Her parents present two extreme viewpoints, with her father caught up in the foolish decadence of wealth and ambition (wearing his dress robes where it's not appropriate, always knocking his fancy hat off) and her mother concerned more with comfort and simplicity without much desire to move forward.

Because of the richness of this characterization, the narrative also touches tangentially on other issues as well. The father is a figure of greed, as we see in the way he treats his gold; but while this greed occasionally causes conflict, it also encourages Kaguya to ask for more than she's given, to not be content with her lot in life (a lesson which she eventually uses to reject the very riches her father loves). In this way, the film opens up a discourse about destiny and how much power we have to change our position. 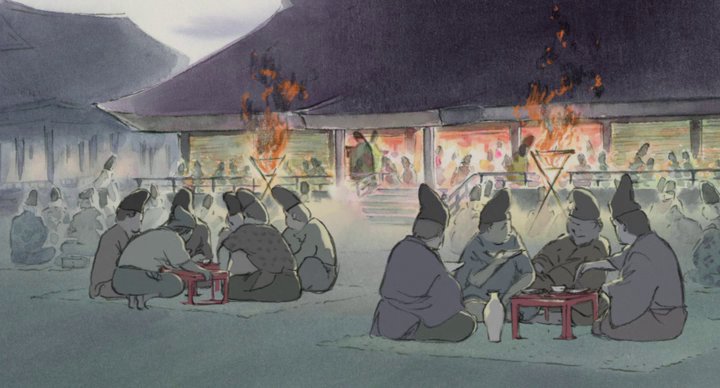 The Tale of Princess Kaguya is beautiful both in its visual presentation and it's heartfelt emotional sentiment. If you're a fan of Hayao Miyazaki and the rest of Studio Ghibli's output then you'll probably enjoy this as well. As for myself, I'm just glad there's such a good alternate for Best Animated Feature. Another emotional bombshell from director Isao Takahata.

The ending seems to equate the negative connotations of artifice and inhumanity not only with the upper class and with adulthood (or society in general; entering the Symbolic Order), but also with religion. When the Apsara comes down from the Moon, she's clothed in the same fancy robes which were identified with the Princess's life among the nobility. Most significantly, it's a robe which causes her to tragically forget about her life on Earth. The Moon is aligned with "purity," which becomes doublespeak for artifice and inhumanity, and also with "unhappiness"; the Earth is aligned with "uncleanness," which becomes doublespeak for nature, and also with the dialectic of "sorrow" and "real joy" (one of which is always necessary for the other). This reading seems to be an indictment not only of the aristocracy, but of society and tradition in general (embodied also in Kaguya's rejection of social customs). Powerful ending.