The Story of Film: An Odyssey & Subjective vs. Objective 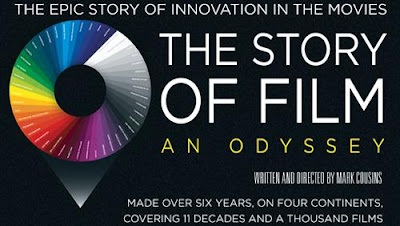 There's just one important thing to keep in mind: its "story of film" is a revisionist account of the past which is far from objective. Writer/director Mark Cousins has a very distinct ideological perspective, and he wants to change the way people see film history. His project is to de-center male-dominated Hollywood filmmaking. He constantly tries to show how important developments were occurring outside of America, and how they occasionally relied on female filmmakers.

As far as I'm concerned, this is an admirable project. Hollywood could certainly use a reality check on its ego every now and then. But for such a long documentary series (I watched it in chunks for about three weeks) it can start to get annoying after a while. Cousins offers a lot of unqualified praise and grandiose statements about each film he talks about, and you'll quickly tire of him claiming that certain movies are "the most [adjective] film ever made," or that Hollywood films are like a romantic bauble, pretty but insubstantial. 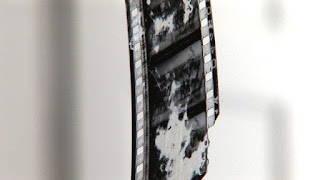 I'm also not sure his project totally works, because he seems to want to criticize the superficiality of the over-adornment of Hollywood filmmaking and the realism of unadorned world cinema while simultaneous praising adornment outside of Hollywood when he sees fit. Personally I believe Hollywood could certainly use some de-centering, but I also believe in the power of adornment in film (i.e. the power of style as substance) and that innovation can come from pop culture just as easily as from "real art".

Purely in terms of the information it contains, though, there's a lot of value in Cousins's project (if nothing else, it's a perspective you won't easily find elsewhere). For past or present students of film history, this documentary is long but well worth the investment. It's important to keep in mind that the guy who's behind it has a very particular project that he wants to push, but as long as you can accept (or ignore) his message then anyone interested in learning about the story of film should definitely check this out.
analysis documentary film film criticism film history history Hollywood movie objective review style subjective substance The Story of Film: An Odyssey women in film