The Unconventional Path to Accepting Our Faults 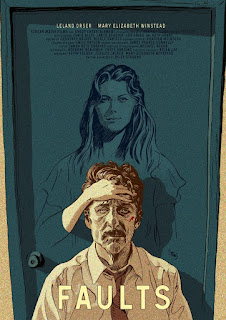 Leland Orser is Ansel, a man who specializes in helping brainwashing victims take their lives back into their own hands, but whether he has his own life in his hands is the central question of the film. He's fallen on hard times, sleeping in his car and desperately living under the shadow of a large debt (hilariously trying to reuse a meal voucher), so when an opportunity to make some money shows itself, he reluctantly agrees in spite of his ambivalence. He’s assigned to deprogram Mary Elizabeth Winstead's Claire, a member of the Faults cult. But Claire is resilient.

It's hard to write about Faults without spoiling* it, but it's certainly a well made movie. Both Orser and Winstead turn in performances which are utterly captivating enough to carry the movie by themselves, and the smaller players are just as good. The cinematography is minimalist but effective, using slow, calculated movements (steady, protracted zooms and pans) to create the reflective, meditative atmosphere necessary to get into these characters’ heads without becoming obtrusive. The editing is slightly more unconventional, using jump cuts to edit across time, but never in a showy way, always as an effort to move the story forward simply and effectively. There’s also a dark, almost fiendish sense of humor that creeps into the character through the writing and staging of scenes.

Everybody goes to movies for different reasons, but one of the greatest draws for me is the potential to see something truly new and different. Some movie blew me away years ago (probably The Fountain) and I’ve been chasing that dragon ever since. That’s one of the major motivations behind why I watch altogether too many movies. So while I understand that Faults may not be completely original, it was a genuinely new experience for me, and a powerful enough one that I would readily recommend it to anyone.

*Personally I don't think Faults is really a spoilable movie—I knew the ending and still enjoyed it immensely. It's not the kind of movie with a big twist, and it's certainly not the kind of pandering nonsense to have a big explanation at the end of "what happened." But I don't want to be presumptuous and ruin the experience for anyone else, so if you’re worried about spoilers then stop reading now and go watch it (or don't, I guess).


***Potential mild spoilers beyond this point*** 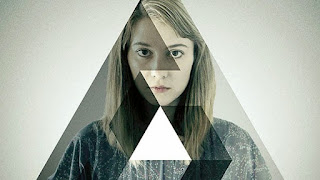 As much as Ansel’s role as a cult deprogrammer means that the explicit text of the film revolves around cults and general brainwashing, I wouldn’t describe this as a film (merely) about cults. They’re a plot mechanic, not a thematic kernel. Instead, the subtext is much more concerned with exploring the role of our agency and willpower in achieving success and happiness. As convenient as it is for me to describe Ansel as a man who has "fallen on hard times"—as if it’s not his fault, as if the ground fell out from under him—the film goes to great lengths to interrogate his complicity in his own misfortune. 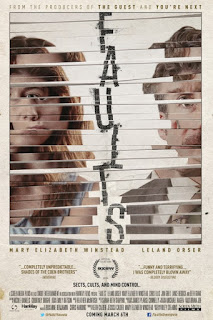 Faults is much more than the name of Claire’s cult, it’s the theme of the film. It's about accepting and embracing our faults, both in the sense of our imperfections and our responsibilities. It’s easy to assign blame when we don’t get what we want, but it’s much harder to accept the responsibility for our own happiness, to accept that we are at fault for better or for worse. Ansel is desperate for a different life, but because he’s not willing to accept culpability for the things he regrets in his past, he’s also unable to leverage the agency he needs to change his place in the present and future. He can’t have the good because he won’t take the bad. Power is power, whether it's authority for his mistakes or control over his actions.

And that’s part of what's so magical about the movie: it refuses to present the world in black and white terms. There are no simple solutions. He can't take control of his life without also accepting responsibility for the mistakes he made.

Claire is a member of a cult (presumably a bad thing), but she also has a more positive outlook on life. She has the power to help Ansel, but she uses it to sinister ends. She's more than just a wolf in sheep's clothing, she's a healer that repairs all the right psychological damage for all the wrong reasons. She’s black and white, yin and yang. Ansel is a cult deprogrammer, someone supposedly concerned with the best interests of others, but he is selfish and conniving, using others' weaknesses for his own financial gain. He takes advantage of others and then feels cheated when others do the same to him. He refuses to accept ethical agency for his actions, and this is exactly what his encounter with Claire confronts him with. She forces him to face down and accept his imperfections and responsibilities, to embrace his faults.

And, you know, to join a cult. Can’t have the yin without the yang.