James Bond Marathon: The Spy Who Loved Me 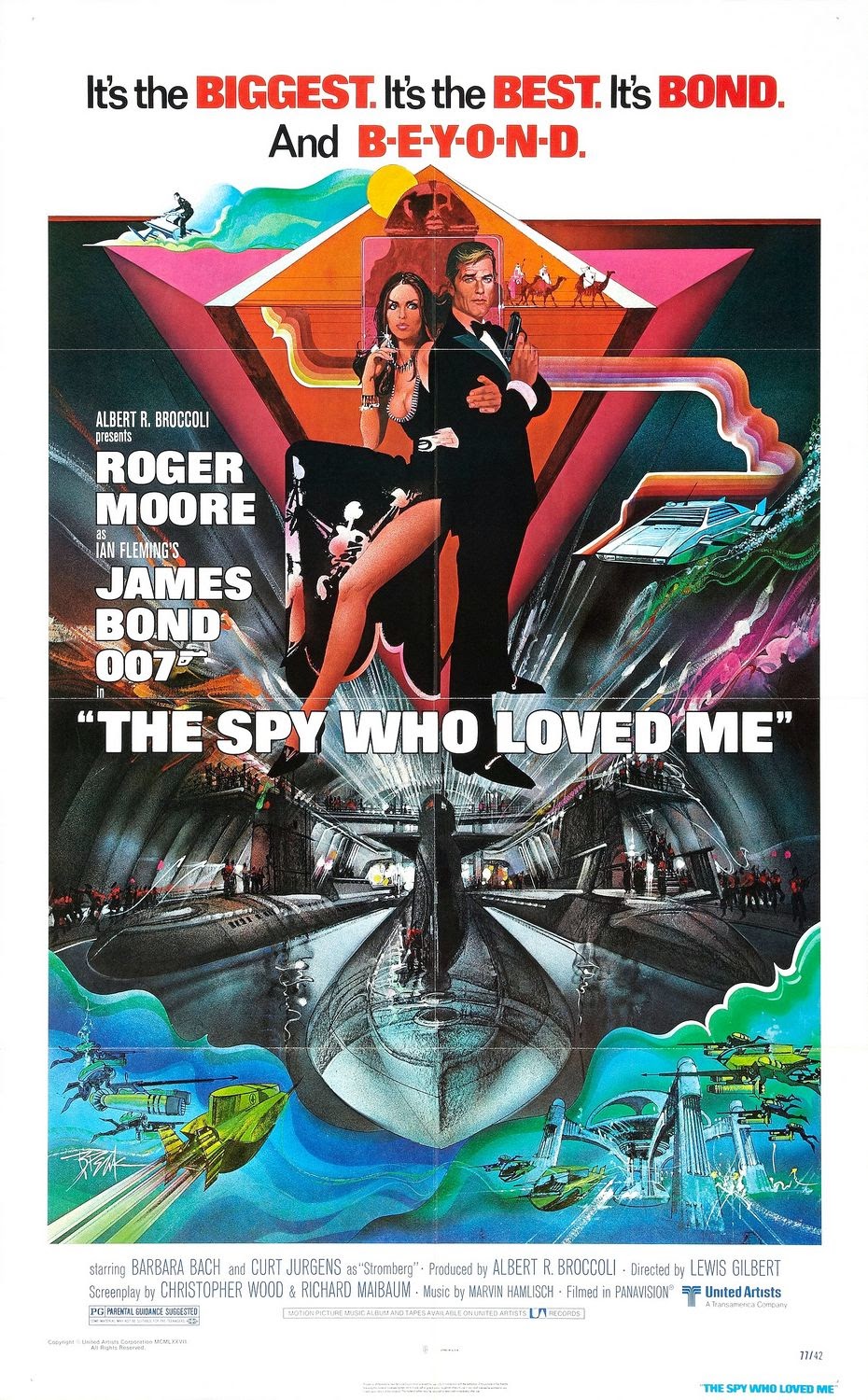 The best of the Roger Moore Bonds.

If you ever need proof for the theory that the Bond movies work as time capsules, transforming the formula to fit the tastes of the time, you need look no further than The Spy Who Loved Me. It screams late 70's the same way the tacky special effects of the Brosnan Bonds scream late 90's. The cinematography is dark and stylized, imitating the neo-noir aesthetic of directors like Alan Pakula (All The President's Men). The soundtrack is a blend of funky slide guitar and early synth, marking the height of disco's popularity. There's even an undefeatable character named Jaws two years after the undefeatable movie Jaws catapulted the blockbuster into existence.

And perhaps more than anything else, The Spy Who Loved Me feels like it's trying to fit into this new movie mold. There are lots of cool gadgets (submarine car!), and the stunts and set pieces are bigger and better than ever (underwater hideout!). Moore does some of his best fighting (especially with Milton Reid), and the comedy is all well executed (the "out of order" gag gave me an unreasonable fit of giggles). As a result, this is the most fun Roger Moore has ever been, and maybe the most fun any Bond has been since Goldfinger.

Of course, with production design in this scale, it can be easy to come away with the feeling that this is also one of the more shallow Bonds. But like many of 007's adventures, this one is rooted in then-contemporary Cold War nuclear tensions and anxieties over the Anglo-Soviet cooperation during the détente period (something that had reached its height in 1977 when this came out before its eventual collapse two years later—giving added weight to Bond's claim about trying to "keep the British end up").

But even with these weighty thematic concerns, the film always manages to stay light on its feet without on the one hand getting bogged down in expository historical nonsense (unlike The Man with the Golden Gun before it), or on the other hand devolving into the kind of silliness of the less grounded Bonds (like the director's previous effort, You Only Live Twice).

I'm admittedly not a big Roger Moore fan so this doesn't quite make it into my all-time favorites, but it's definitely high on the list, and for me this is his best work in the series.

"Right. Now pay attention, 007. I want you to take great care of this equipment. There are one or two rather special accessories—"
"Q, have I ever let you down?"
"Frequently."
action analysis espionage film James Bond Lewis Gilbert movie mystery review Roger Moore The Spy Who Loved Me thriller