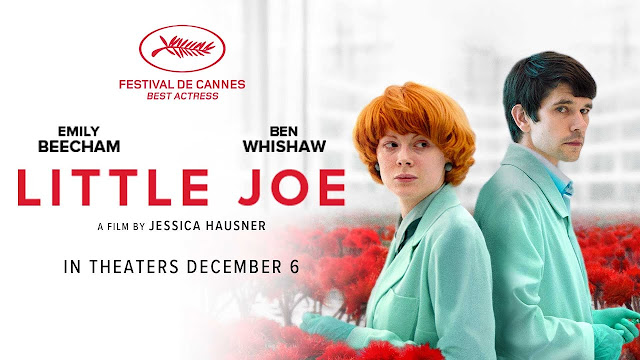 The premise of 2019's sci-fi drama Little Joe is the creation of a genetically engineered plant that has antidepressant properties (they explicitly name its activation of oxytocin), so the obvious available reading of the film is as a metaphor for the pharmaceutical industry.

There are two angles on this reading, the first and more unfortunate of which is that people who take antidepressants are denying the truth of their identity. When characters in the film inhale the plant's pollen, they turn into different versions of themselves, like mindless clones vacant of personality, whose only purpose in life is to spread the plant and its pollen to new victims. Likewise, people who take antidepressants must be turning themselves into zombie-like versions of themselves, losing their identity and purpose. Not great. 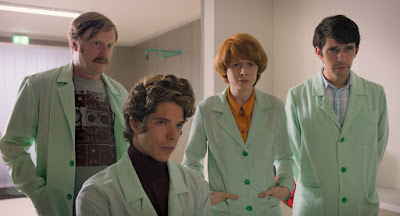 The slightly less cynical angle to this metaphor is the reading of the film as an indictment of the pharmaceutical industry itself and the way it puts dangerous products on the market before they're ready for consumption. The developers of this psychoactive plant are rushing it out because there's a flower festival happening soon that will massively help to promote it, and they ignore some important regulations on how these plants are allowed to be produced in order to have it ready on time, ignoring the possibility of detrimental effects it might have as a result. Likewise, some pharmaceutical companies rush their drugs to market without consideration for their consumers. Better.

But there's another possible reading here. 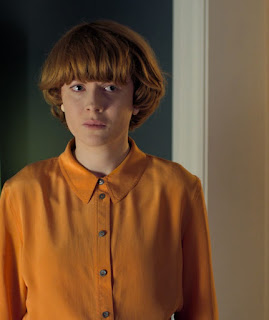 The Capgras Delusion is "a psychiatric disorder in which a person holds a delusion that a friend, spouse, parent, or other close family member (or pet) has been replaced by an identical impostor." This is one of my favorite themes in the identity politics of science fiction, covered in famous films like The Thing and Invasion of the Body Snatchers and to some extent more recently in Annihilation. These movies ask questions about the nature of self-knowledge: how do we know who or what we are; how do we know who or what the other people around us are?

The most compelling alternate reading that this theme offers us in Little Joe is essentially a shift in perspective, away from the victims of the plant as demonized antidepressant users and from the developers of the plant as careless capitalists, to Alice Woodard—you know, the actual protagonist of the film. She's a mother worried about her teenage child and the changes he's going through as he ages—he's becoming more interested in his divorced father, and he's developing romantic relationships with his classmates—and as such she gradually begins to see him as becoming a different person throughout the film.

But is he becoming a different person because he's turning into a mindless zombie clone, or is he just growing up? Woodard experiences these changes as a kind of delusion, as the perception that her beloved son has been replaced by something sinister, but really all that's happening is her child is coming of age and she's struggling to deal with it. In this way, the film uses the Capgras Delusion as a metaphor for the stresses of parenting. Excellent.