Pain, Glory, and the Difficulty of the Creative Process 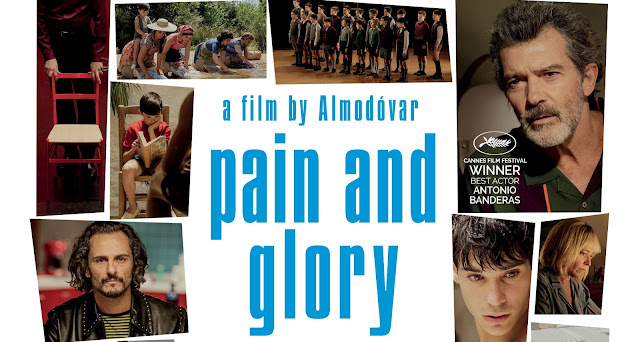 Pain and Glory is about many things, about love and life and death, but for me it was most immediately about writing.

Salvador Mallo is an aging film director who hasn't made a new film in years. His old movies are being restored and appreciated, but he suffers from a lot of chronic pain, both physical and psychological, and finds himself unable to make anything new.

He copes by taking drugs, both pharmaceutical and recreational, but he's also been writing a sort of diary—not with any purpose beyond purging the weight of his emotions—and an old actor acquaintance discovers one of these journal entries and demands to perform it as a monologue. Salvador initially rejects the idea, claiming that it was never meant to be performed, but the request ignites something in him (and for once not the heroin he's been freebasing), and he ultimately decides to let his friend perform the piece.

I wrote this intimate, introspective "review" below pretty immediately after leaving the theater, thinking it was appropriate to the tone and content of the movie, but the more I come back and edit this thing, the more I'm embarrassed at my self-centered navel-gazing. I'm gonna follow through with my first instinct on this one, but just know that I offer you this, my own sort of journal entry, in a spirit of shame and humility. 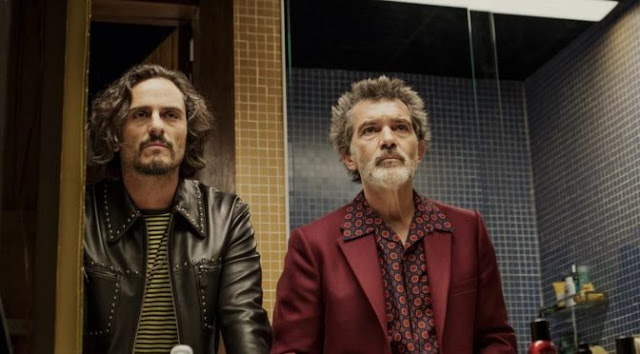 In 2015, I watched over five hundred movies, and I wrote about all of them—and I don't just mean I unpacked the central theme or picked out a choice quote, I wrote plot synopses, I did structural analysis, everything.

Then in 2016 I gave up. I was still writing, as you can find easily enough on this site, but I was writing sentences instead of paragraphs. I had lost my sense of purpose. I realized that I didn't want to be a professional writer, and perhaps more importantly that the professional writing scene didn't want me, at least not the way I wanted to be as a critic.

But it wasn't me. And it was draining, to pretend to write like somebody else. But I thought that's what you had to do. I thought everybody else felt this way, not only the other critics I looked up to, but even my friends who were successful in other fields—everyone. I knew that I had to push myself to be good at something, and I thought this was what it felt like. 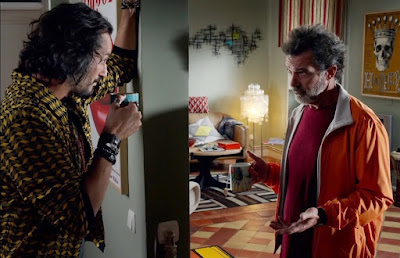 Over the past four years or so, I was too tired, too depressed to add tags to my reviews—I know it sounds small, and this is only one small thing I was too tired or depressed to do at the time—but recently I've embarked on a personal project of going back through my old reviews and adding tags to them. It's oddly fulfilling work even when it gets tedious (like Norman Bates cleaning up after his mother), but more than anything else, going back and seeing how little I wrote, how much I was struggling, it's also very emotional work. I experience all over again the feeling of being lost, of being helpless, of not knowing what I'm supposed to do with my life.

I don't know what changed, and I think even looking at this sort of phenomenon (writer's block, artistic infertility) as something that changes over night or even over a couple months is a trap, but at some point I decided to finish my essay on The Double. I did that, and I think I did a pretty okay job with it (I made major cuts and reorganizations that both reminded me of my own strengths as an editor and showed me how much my style had changed in just a few years), but then I didn't have anything else like that, i.e. content that was already mostly written and just required editing, so I fell back into a slump.

But I kept at it. I've been building myself back up since posting my The Double essay. I still look back at reviews as recently as August and see my depression, my lack of effort. I'm still torn, I still feel simultaneously that this review right here should be a breakthrough piece of writing for me and at the same time that this fantasy of a breakthrough is a mistake, that the real breakthrough isn't one moment but a constant state of continual effort. But I'm trying again. I feel motivated again. And I look at some of the pieces I've written recently and actually feel proud of myself.

Side note: I see where the criticism that there's more glory than pain here is coming from (the movie can feel a bit self-congratulatory, and there's maybe a bit of a disconnect between the pain being mostly physical and the glory being mostly psychological), but I think that criticism is also missing the point a bit. This isn't a movie about an artist's struggle with the value of their work; Salvador's problem isn't that he doesn't think his art is good enough. This is a movie about motivation, about action, about the simple act of writing, not the question of its worth.
2019 art death drama life love metacinema metareview motivation pain and glory pedro almodovar writer's block