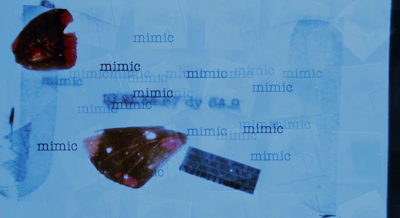 Today I've got another science fiction film from 1997, this time blended with some horror in Guillermo del Toro's Mimic. Now I'm no expert on the man, although I have seen both Hellboy movies and absolutely loved Pan's Labyrinth (and would love even more for this to become a reality), but I would say this definitely has some of the director's signature even if very little compared to his later works. This is his second feature film after the Criterion Collected Cronos, and as such "disappointment" feels a bit unfair. Sophomore releases tend not to be as exciting as debuts, where the style is new, or later works, where the style has had time to mature. But while Mimic is occasionally exhilarating, it ultimately outstays its welcome.

So the deal is, whatever alternate reality the movie takes place in (it doesn't seem to be the future), there's a deadly virus born by cockroaches which is threatening an entire generation of children. Dr. Susan Tyler (Mira Sorvino), an entomologist (or bug scientist), creates an anti-roach bug as a biological weapon to combat the situation. It appears to be successful, and several years later Dr. Tyler is married to Dr. Peter Mann (Jeremy Northam), a member of the CDC, and teaching bug science stuff to kids. When a child brings a "weird bug" to Susan, however, she learns that her interference has had more consequences than she could ever have foreseen. 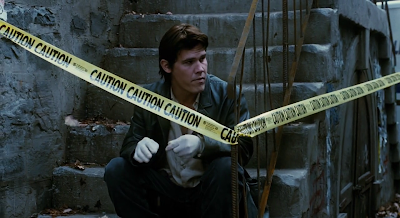 Josh Freaking Brolin. Sorry, what I meant to say was that, as with del Toro's other films, there's an emphasis here on character development and storytelling that I can really appreciate. It's hard to even call this a horror film, although there's no other genre it fits into better. There's Josh (that's his name in the movie as well), the CDC worker with plenty of attitude and not enough screen time, Chuy, some sort of shoe savant who can immediately identify shoes and mimic (hey, that's the name of the movie!) any rhythm he hears, Leonard, the tough cop who sings when he's nervous, and the list just keeps going. The monster at the center of the film is also pretty cool: a giant bug with a beefed-up metabolism that has evolved to mimic (there it is again!) its predators, the humans. With del Toro at the helm, the movie is also lit and framed very effectively.

Part of the problem for me was that Mimic spends more time on all this stuff than it does on being a horror movie, and as such it loses some of its power. While I appreciate the preference for storytelling over meaningless scares, there needs to be more of a balance. By the third act the movie slows down so much I found myself bored by the lack of action rather than anxious or in suspense. Where the horror does come in, it's generally effective (there's one scare towards the beginning that definitely got me) and finds the perfect blend of Christian symbolism which all too often dominates the genre without adding meaning. There just isn't enough of it to keep you on your toes. 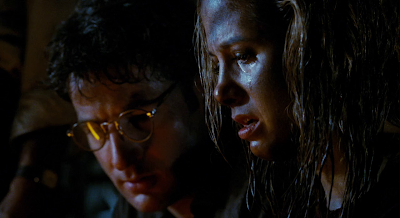 Mimic is part of the reservoir of movies dealing with the question of what makes us human and the relation between perception and reality popularized by classics like Invasion of the Body Snatchers (1956). When aliens or other monsters learn to imitate (mimic) our form effectively enough to blend in with a crowd then we begin questioning what it is inside us that makes us more than just our shell (a question famously answered by Alien). Unfortunately, like your drunk roommate on Friday night, Mimic does little more than throw the question out there, hoping to increase its profundity by leaving it unanswered.  But that's better than nothing, I guess.

The movie also thematizes the pursuit of scientific knowledge and unrestrained progress. The monster-bugs evolve because of the bioengineering performed by Dr. Susan Tyler so that Mimic acts as a (theoretical) cautionary tale. This is an idea I almost always have a problem with. Runaway science serves as an easy vehicle for monster backstories, second perhaps only to "they came from outer space". The critical nuance is in articulating the distinction between scientific progress in general and science run rampant. Scientific development is not a bad thing in itself—in fact, it's rather crucial to our progress as a species. Unchecked, however, it can create devastating monstrosities. Mimic does a good job walking this line by illustrating the fact that Mr. Tyler's superbug was released before understanding its long-term potential, and in this respect the movie is one that ought to be impersonated.