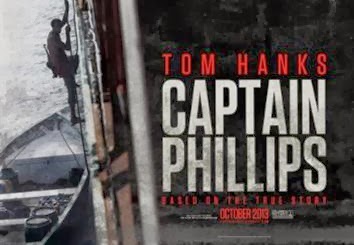 It's been a long time since I've been this far on both sides of a movie. Captain Phillips is an incredibly well-made thriller based on an incredibly problematic premise. It's also one of this year's Oscar nominations for Best Picture and so far the weakest of the 7 I've seen. As with any film "based on a true story" it has a tenuous grasp on reality, and while I tend to try to ignore these discrepancies as long as they make for a good film, in this case they provide a clue to discovering the film's ideological underpinnings. It is directed by Paul Greengrass of The Bourne Supremacy and Ultimatum, and while it's probably the best work he's done so far, it was ultimately overshadowed by its regrettable political stance.

Quick synopsis just so we're on the same page, no spoilers. Richard Phillips (Tom Hanks) is the captain of a cargo freighter assigned on a mission which takes it around to the Horn of Africa. En route, his ship is attacked by Somali pirates led by a man named Muse (Barkhad Abdi) intent on... well they definitely want money, but their specific motivations beyond that are never really established. Fortunately the time we're given to ask questions is often limited by the intensity of the fast-paced narrative, and as strange as it may sound this is actually the highest merit on which I might recommend this movie. 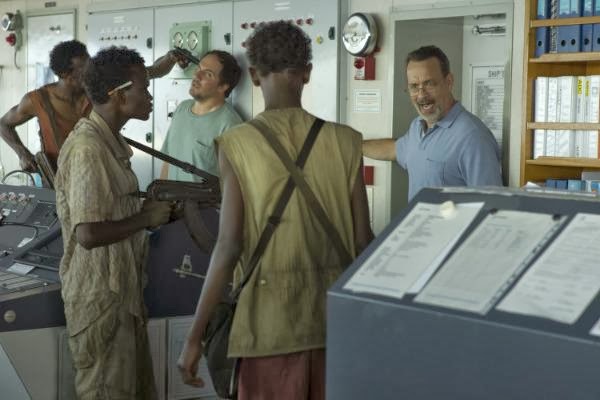 Captain Phillips is, if nothing else, a very tense thriller. Everything about the movie works towards this one goal: Greengrass's signature frenetic handheld cinematography, the (literally) high-strung orchestral soundtrack, the claustrophobic confines of the set design. But this tension is accomplished at the expense of character development, and we're barely given enough time to learn that Phillips is meticulous and/or exacting before he finds pirates aboard his boat. To some extent this shortcoming is compensated for by the quality acting (Tom Hanks is incredible especially during the final act), but I don't see it enduring as anything more than an entertaining, big-budget action movie.

The fact that it earned 6 Oscar nominations including Best Picture is a little baffling to me since the only thing Oscar-worthy about it was Hanks's performance (for which he wasn't nominated) and maybe the sound mixing. It doesn't hold a candle to last year's Oscar-nominated, military-based action thriller Zero Dark Thirty, and it's not like this year was short on meritorious titles (Inside Llewyn Davis, Rush, August: Osage County, maybe even include a foreign film like last year). Captain Phillips feels like a summer blockbuster next to the other nominees. It's a fun movie, but it's not one of the best of the year. 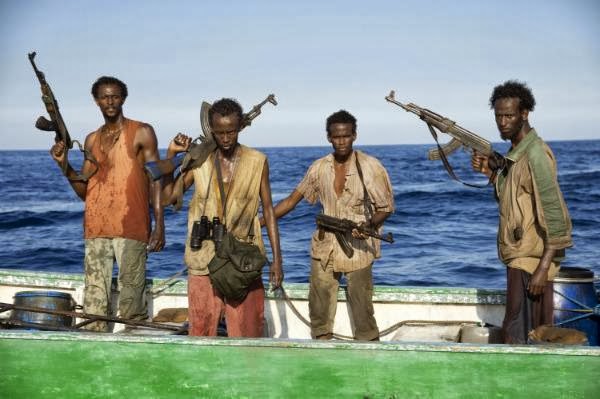 The real problem comes when you start to consider the film's politics. It is unabashedly about a heroic white man saving other slightly-less-heroic-but-still-commendable white men from greedy black men who are trying to take their things. Don't get me wrong, I think it's totally possible to make a film with a white protagonist and a black antagonist which avoids repugnant ideology and is even compelling or heartfelt. But one of the most important ingredients is making both sides sympathetic at some level, and it is never possible to sympathize with the pirates.

The first shot of Muse pans down his gun which is hanging on the wall pointed at his head. The implication becomes clearer as the film progresses: this man is dangerous and perhaps even psychotic. And again, psychotics are fine but it's important to also show that they were once human, and we're not given any of Muse's back story. The closest we get is the information that his other profession (beyond being a pirate) is fishing, and even then the movie makes it his fault for not succeeding and falling back on piracy as an "easy" solution. There's no effort put in to show Muse's side of the story, to show what pushed him to piracy. 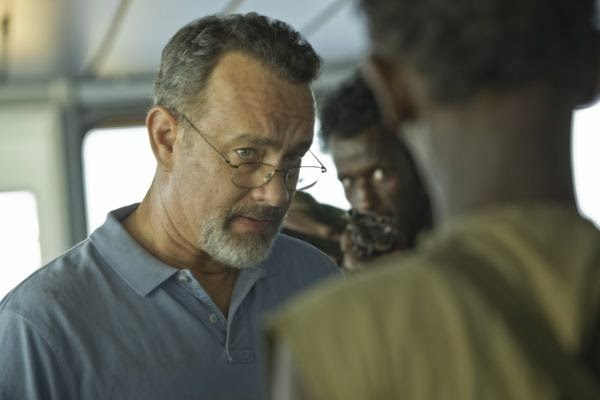 There's a scene from The Birth of a Nation which is often shown to film students as an early example of parallel editing being used to build tension. It cross-cuts between shots of evil black soldiers attacking the innocent white Camerons and shots of the Ku Klux Klan riding to the Camerons' rescue. The scene is constructed so that you root for the KKK. The film was criticized as racist even when it was released in 1915, pressing director D. W. Griffith to make Intolerance the following year in response. What horrified me about Captain Phillips is that there are eerily similar scenes throughout it: the menacing black pirates are antagonizing Phillips and his crew while the US military hurries to the rescue. I mean, that's basically the entire plot of the movie. The racism isn't quite as obvious thanks to the absence of blackface and of the KKK, but the manipulation of the audience is just the same. White guys: good. Black guys: bad.

The film has also been criticized for glorifying a man who may not have been so commendable. Whether the real life Captain Phillips was a good guy or not, the bigger point to be made is that the characters who really don't get a fair portrayal are the pirates. Sure they're pirates and maybe they deserve to be punished for that, but it's not like they come from a place where it's easy to live and they just chose a life of crime because it was convenient. Imagine how the message of the film would change if it included the trial of the pirates cross-cut with shots of the poverty in which they grew up. 80% of captured Somali pirates were born in the conflict-ridden southern regions of Somalia created by the ongoing civil war. They choose piracy because there aren't many other options.

At the end of the day, Captain Phillips is a very well-constructed thriller, the last 10 minutes of which may reduce you to tears. If you ignore its ideological politics it's a fun movie. I just wish it looked critically at the issues it portrays.