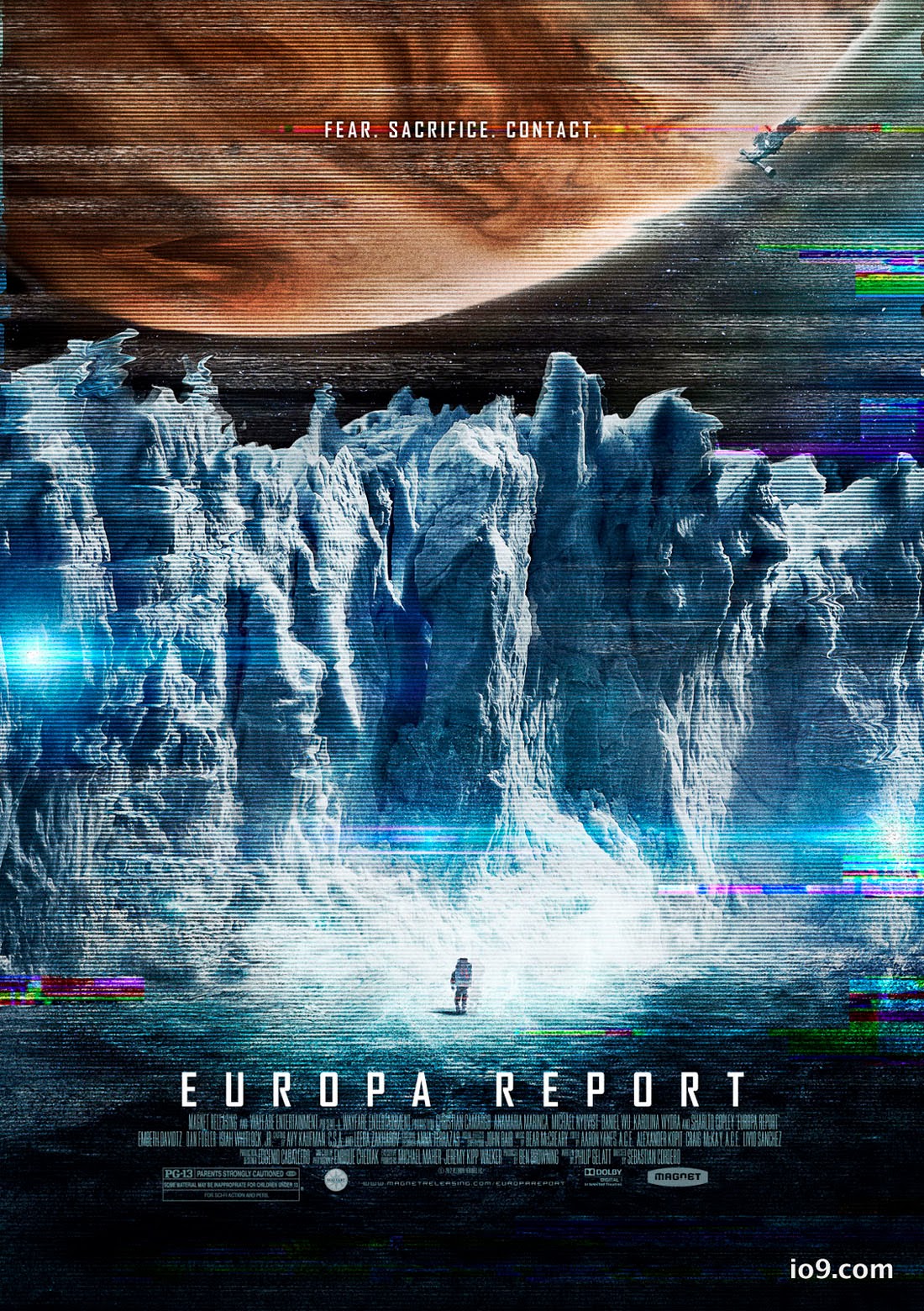 I'm torn. Like last week's The Wild Hunt, Europa Report (2013) is hard to dislike because it has an interesting and unique story to tell in a world saturated by dumb sci-fi action movies. This story of a scientific mission to Jupiter's moon Europa is told through pseudo-found footage cinematography which works surprisingly well and is only minimally distracting. There's relatively little character development, but the solid acting and intricate plotting make it enjoyable enough. What really shines about this movie is its ability to build tension. The story flashes forwards and backwards in time repeatedly in a way which elevates the various events it foreshadows in the audience's mind. We know just enough about what's going to happen in the future to remain constantly interesting it what's happening in the present. The problem for me was that this amazing tension was ultimately hamstrung by the clumsy, pandering narrative structure. Spoilers after the break.

Europa Report is told primarily through cameras mounted throughout the spaceship, and secondarily through fake news footage and interviews from after the completion of the mission. This secondary footage taken from outside the space shuttle ruins the movie in two different ways. First, it pulls the audience out of the action. By giving us cinematic space outside the ship it provides a safe retreat for when emotions begin to run high, and in a movie that relies on the emotional impact of the death of its crew this ought to be avoided at all costs. The success of movies like Alien stems from the feeling of claustrophobia used to maintain their intensity, and cutting back to Earth just reminds the audience that the world doesn't end if this crew dies.

Second, it dumbs down the message. Take the movie's final moments for example: we watch as the one remaining member of the expedition sacrifices her life to capture footage of the alien life on Europa. Awesome, except then it cuts to an interview of someone telling us what this scene means. The last two minutes of the movie is an interview with one of the directors of the Europa program telling us things anyone who just watched the movie already knows. The crew sacrificed themselves in the name of science, their names will be remembered in the history books, typical sentimental shlock. How awesome would this movie have been if it ended with the mysterious single shot of the alien instead of repeatedly replaying the footage until it loses its impact? How great would this movie have been if it just made its point and ended instead of coming back and telling you what it was in case you missed it? Do you get it yet? Have I made my point? Just let the movie end.