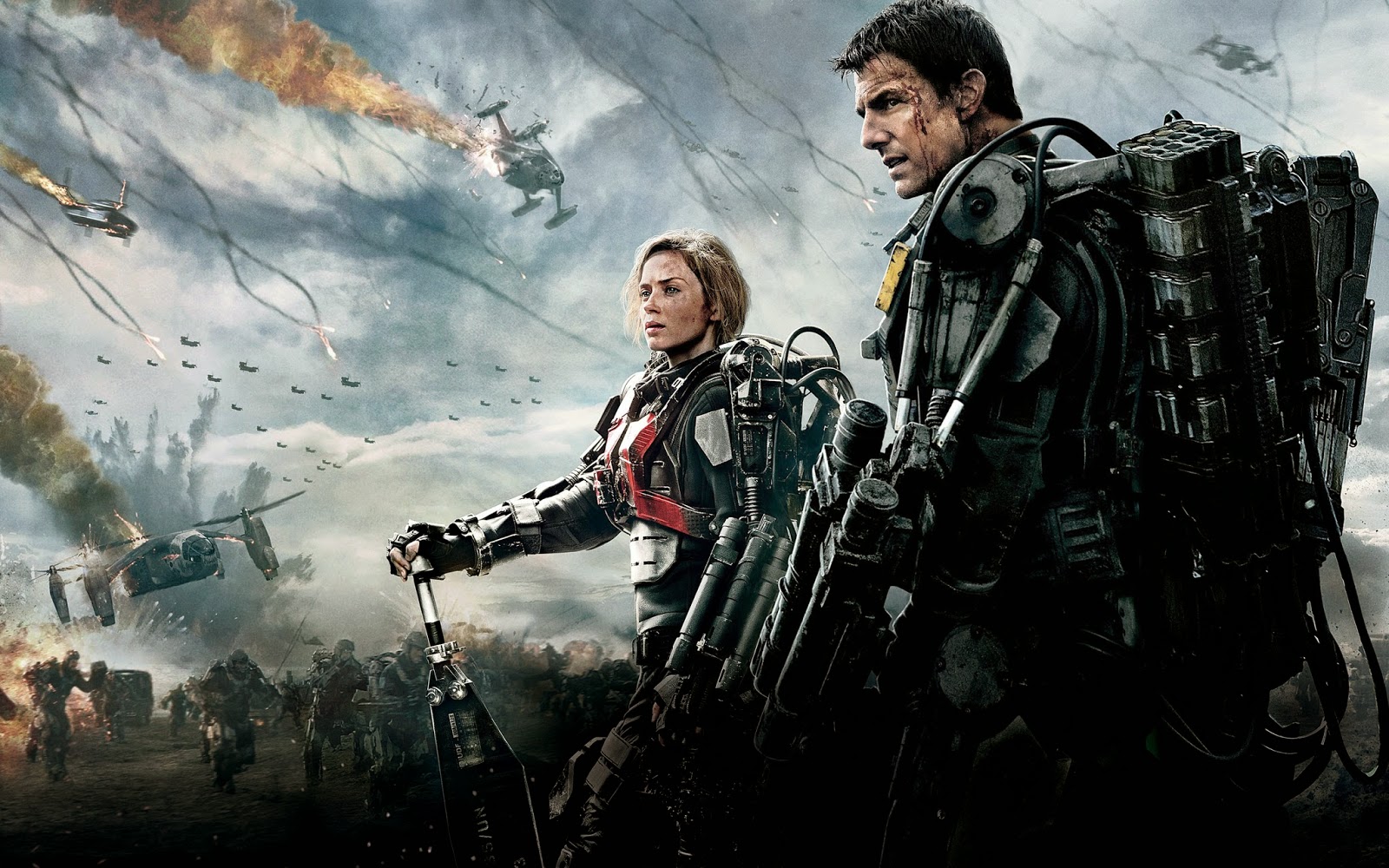 Edge of Tomorrow (2014) is this year's Tom Cruise-led sci-fi/action summer blockbuster. Unlike last year's Oblivion which met with criticisms of its lack of originality, Edge of Tomorrow is adapted from a book, borrows its premise from Groundhog Day and Source Code, and repurposes the exoskeletons from Elysium. In all seriousness though, Edge of Tomorrow is incredibly well paced with a smart and funny script which make it the most entertaining big budget sci-fi flick of the year so far (assuming you're not an X-Men or Captain America fan).

As happens from time to time, planet Earth is under siege from extraterrestrial invaders and despite the fact that the conflict takes place overseas it's up to one American soldier to save the day. Tom Cruise is in full movie star form as the leading man, and as an admitted fan of his I enjoyed his off-key casting as a fish-out-of-water talking head forced onto the front line. Emily Blunt is even better as the determined sidekick who understands Cruise's situation more than anyone else, and I couldn't help thinking what a great world it would be where their roles were reversed. This unstoppable alien force has the power to rewind time and correct its mistakes, so when Cruise accidentally hijacks this power he becomes the world's only hope for survival. As the story progresses however, Blunt and the audience gradually realize that perhaps Cruise knows more than he lets on. 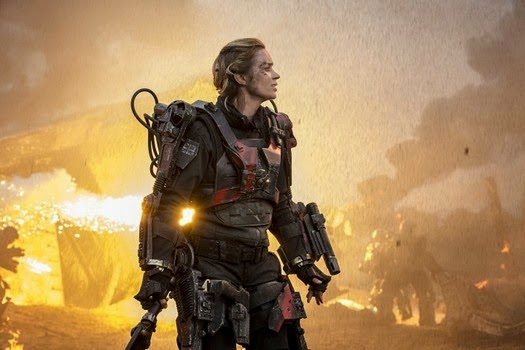 For a movie that I certainly wouldn't classify as a comedy, I think I laughed harder at this than anything else this year except Grand Budapest Hotel. The movie takes the time travel/repetition premise from Groundhog Day and Source Code and throws it in an alien invasion movie, but builds the action on the foundation of a solid script. Each repeated day finds a way to stay fresh by adding on layers of gallows humor and schadenfreude. The obligatory training montage lasts a little longer than it needs to and the lingering camera definitely wants you to know that Emily Blunt has an attractive body, but for the most part the movie is tightly constructed with a mind for fun.

As with all the sci-fi that's come out so far this year, Edge of Tomorrow isn't without fault. The biggest problem for me was that the movie never felt like it had a clear idea of what it wanted to say. It hinted towards both a sense of practice makes perfect or success through repetition as well as the way love gives life meaning, but it never resolving into anything tangible. Cruise never offers a peak under the hood at his character's thoughts so there's no real emotional connection to his character. His performance is enough to deliver some of the existential sorrow which arises from his situation, but these glimpses are few and far between. Because of this the film uses its intriguing premise primarily for entertainment value rather than intellectual inquiry, but the good thing is you'll probably be having too much fun to care.