Of All The Asylum's Garbage, Why Did Sharknado Succeed? 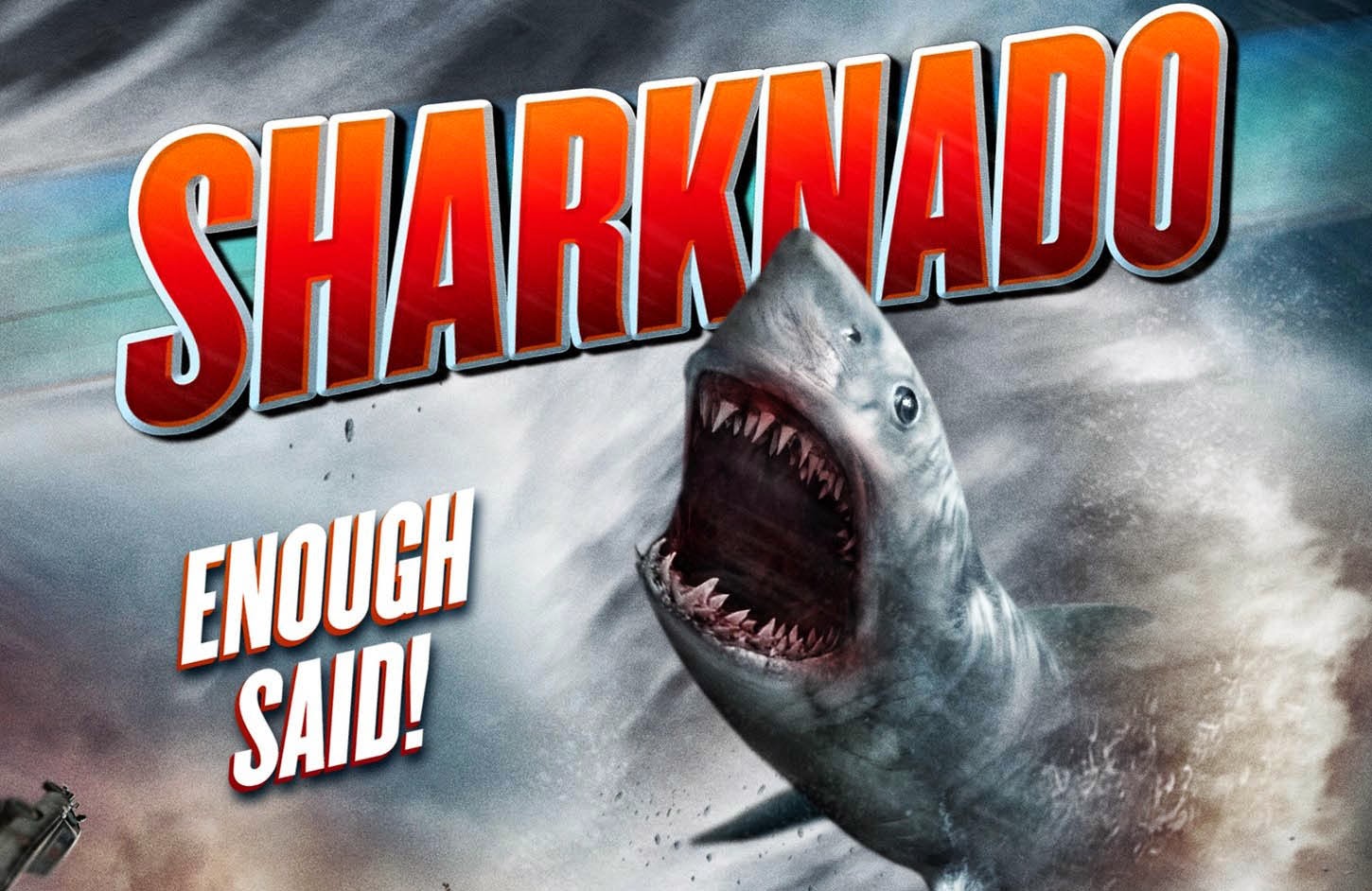 I'm just going to be honest: some weird, repressed, idiotic part of me loves the Asylum. So when Sharknado became popular with mainstream audiences, my first thoughts were those of the typical annoying hipster. "These people don't really know The Asylum," says my dumb jerk brain, "they're just jumping on the bandwagon because it's popular." As such, I expected this to be a pretty standard production for the studio. But while it's neither their best (Hansel & Gretel) nor their most ridiculous (Nazis at the Center of the Earth), it's a close contender in both arenas, making it more enjoyable than both overall. Its unique mix of self-aware comedy and excessive splatter gags makes it my new #1 Asylum feature film (see a ranked list here).

Of course, all of the studio's signature failures are still here. The acting feels like the director just went with the first take on everything, the CGI looks like it would have been dated in the 90's, and the dialogue is about as nuanced as a high school love letter. But if you haven't decided to hate the movie by the time it enters its final act, then all of this stupidity finally pays off. There's more consciously silly nonsense in the group's final confrontation than in 90% of the studio's other films combined. The movie recognizes that it couldn't exist without Jaws and that at the same time it is in a completely different league. It has fun with its stupidity. It knows that this is how you kill a shark for laughs.


It should be obvious that a movie about a shark-infested tornado is going to make absolutely no sense at all, but everything even down to the little details defies all logic. A lifeguard screams "SHARKS!" on a crowded beach like a brainless usher shouting "FIRE!" in a movie theater. A medic uses a woman's skirt as a tourniquet despite having a perfectly functional first aid kit in his hands. But all this plays into the film's farcical atmosphere. If the movie made sense it just wouldn't feel right.

There's just no limit to how little sense went into the production. I mean, how bad of an idea was it to create a low budget film about unpredictable weather in California? In California it's 70 degrees and sunny every day of the week. It rains so little in California they routinely have problems with wildfires. This struggle takes its toll in the form of the film's laughably bad continuity editing. It's not just that characters will drive from one street which is completely flooded to another on which it isn't even raining, there are scenes where the water level is inconsistent from shot to shot. A huge wave crashes onto a street, but cut to a different angle and it doesn't even look wet.

All of this sounds pretty critical—and don't get me wrong, Sharknado is definitely a bad movie—but there are areas where it succeeds in doing things a conventional movie is supposed to do. Perhaps most importantly, it has some semblance of an emotional core. Fin Shepard is estranged from his family, and through the extraordinary events of the narrative he manages to rediscover his self-worth and the family gets back together. It's not great, but it works well enough to have you not rooting for the sharknadoes. So next time you call a movie like this "so bad, it's good," just be aware of the fact that there's always much, much worse.