Why Days of Heaven Is So Beautiful to Film Nerds 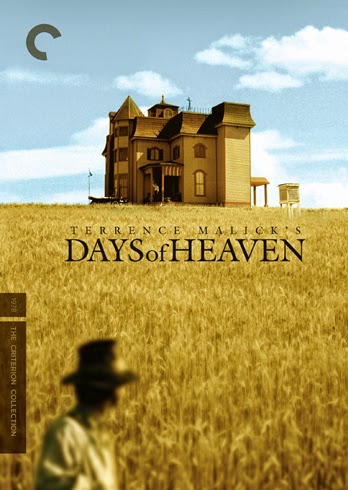 Terrence Malick's Days of Heaven is absolutely gorgeous. In fact, the movie is so overwhelming visually that some otherwise talented critics seem to have forgotten what their job is and resorted to complaining that the film doesn't neatly fit into established genre conventions. I know it's unfair to pick on the outliers in a historically determined situation like this, but when the most negative professional review of a film uses phrases like "people are carefully arranged, frames are carefully composed" and "fancy, self-conscious cineaste techniques" to describe why they don't like it, I know it's going to be right up my alley. I'm not saying that as a lover of film you ought to like Days of Heaven—even I have my issues with it—it just feels like critiquing a comedy for having too many jokes. This is American art house, pure and simple, and I'll take this over generic cinema any day of the week.

But the reason Days of Heaven is so beautiful goes beyond the simple wide-angle landscape shots and masterful natural lighting. To some extent Malick's touch is actually quite simple. There's the nostalgic romance of his voice-over narration and the delicate serenity of his montages. But what's truly striking is his editing and effortless control of atmosphere. The film doesn't deliver character development through dialogue or action, but through cinematic comparisons using the Kuleshov Effect. This type of film is so wonderful because it has the ability to take me mentally and emotionally back to the classroom and make me feel like I'm learning about film all over again. Shot 1: newlyweds sharing a bed for the first time; shot 2: a leaf shivering in a cold rain. Possible message: the characters are nervous and uncertain together. Shot 1: lovers discuss their relationship; shot 2: a flock of birds flies off screen. Possible message: character feel emotionally distant from one another. These simple juxtapositions communicate more to the audience in a natural and unconstrained way than any amount of dialogue or action ever could, and for that Days of Heaven stands apart from the vast majority of Hollywood cinema. 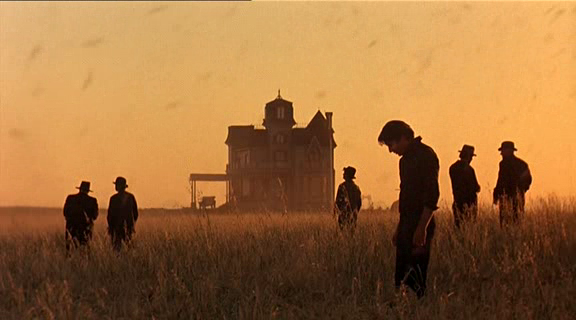 In terms of the story, I'm also fascinated by the decision to have it narrated from the point of view of the younger sister Linda, who is easily the member of the family least involved in the broad arc of the narrative. She acts as a surrogate for the audience by standing apart, but seeing the story through her eyes distances us from the emotional impact of the romance. What happens instead is that, by returning to her commentary about being a "mud doctor" to "check out the Earth" and that "the Devil was on the farm," she takes what would otherwise be a rather small story about a love triangle crossing class boundaries and makes it into something bigger. Linda's perspective gives everything a more universal quality by returning from the specific to the general: not just a few farm hands, but the Earth; not just a small conflict, but the Devil. She elevates the story into something which reaches towards an emotional and thematic kernel of humanity.

With all that said, part of me does wish that the story had a little more complexity to it. It's more beautifully told than any romance or period piece I've ever seen, but its critics do have a point when they say it could be more substantive. But for me there are elements which largely make up for this lack, and I have a feeling Days of Heaven will soon be entering my collection of all-time personal favorite movies.
analysis art house character Days of Heaven editing film Kuleshov Effect montage movie narration particular review style over substance Terrence Malick universal voice over