The Testament of Dr. Mabuse: From Silent to Sound 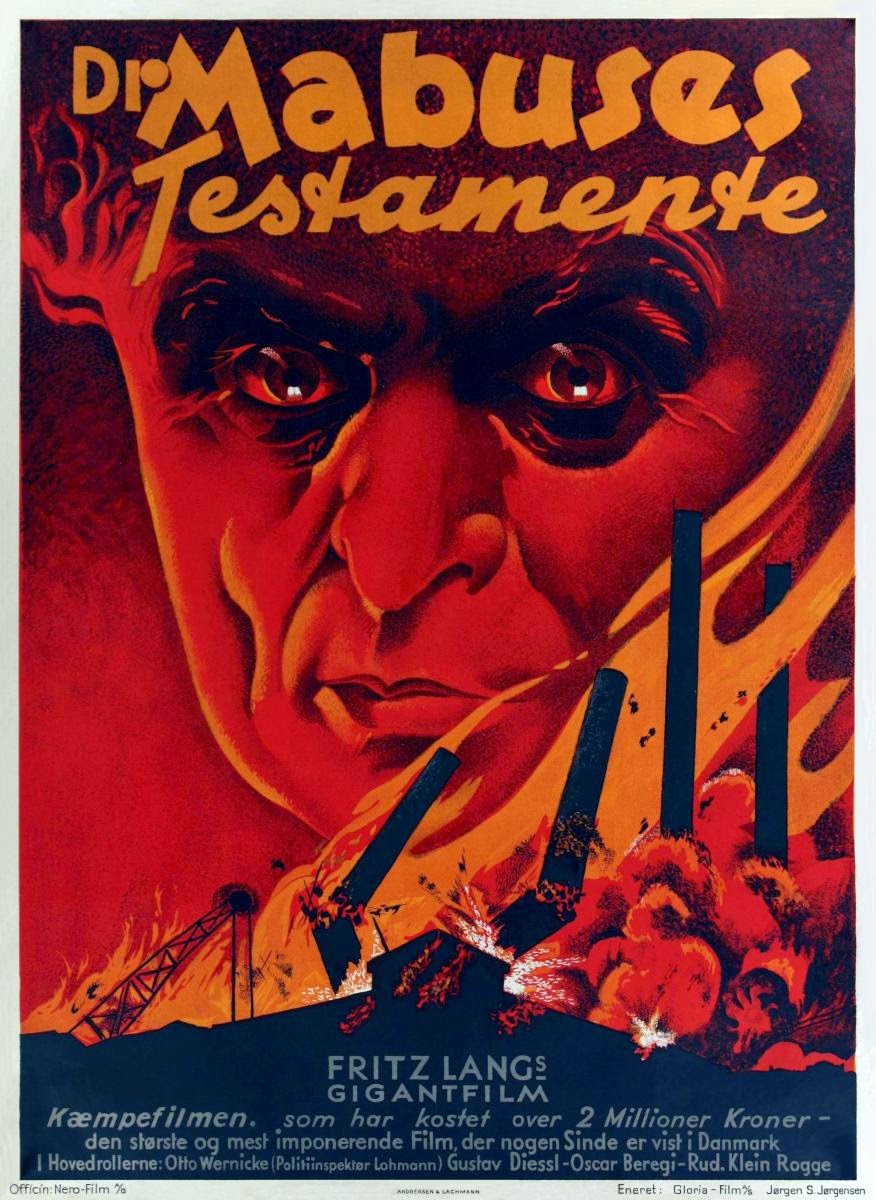 The Testament of Dr. Mabuse is Fritz Lang's sequel to his silent film Dr. Mabuse the Gambler, and it's an excellent example of some of the struggles filmmakers experienced during the switch to sound. Many directors had trouble with the transition, and while Fritz Lang is one of the few who succeeded in both arenas, his films on either side of the divide feel like they were made by different people. Gone is the deliciously manic set design characteristic of German expressionism, replaced instead by a more grounded realism. I can't say I'm a fan of this shift, but Lang certainly does justice to both styles.

The film opens with a wonderful scene which perfectly embodies this distinction. It's a scene that would have worked exactly the same way in a silent film (i.e. there's no dialogue) but which is enhanced by the capabilities of sound. A man with a gun is hiding in some sort of industrial plant on some sort of clandestine mission. He's almost discovered, but manages to escape. The scene is filled with tension created exclusively through editing (showing the man hiding; showing the guards almost finding him), and is dominated by an ominous mechanical drone which drowns out all other sound and creates an oppressive atmosphere. This is real visual storytelling as only great silent filmmakers are capable, accented with the new technology of the sound era.

There's also a great scene right in the middle of the film which highlights one of the aspects of its story which I found particularly interesting. Most of the narrative is concerned with finding the mysterious leader of a crime syndicate, and the movie gives the audience (but not the characters) the solution halfway through the film. This is something Hitchcock would later do in Vertigo, and is a lovely example of how showing creates more tension than hiding—the trick is just what you show to whom. You can't show the antagonist to the protagonist or the movie would end, but if you show the antagonist to the audience it involves them in the images on screen. Since they know something the characters don't, they shout at the screen and will them to act differently.

The scene also returns to Lang's expressionist roots: the room is decorated with oddly unsettling masks with distorted features and paintings depicting a nightmarish reality. It has a truly insightful speech on the relationship between crime and the law as well, which I've transcribed and printed at the end of the review.

The rest of the film is slightly less impressive by comparison. It's certainly more than just a good movie, even by today's standards; but some of it feels somewhat generic, like a fairly standard crime thriller (albeit one greatly ahead of its time) with isolated moments of brilliance. The majority of the film is also quite heavy on dense dialogue, which weighs down the pace a bit. The plot is intricately woven together though, so I expect anyone interested in classic mysteries will find plenty to enjoy here. Personally, however, I find that Lang's strengths lie more with expressionism and visual storytelling.

There are some great early special effects when Mabuse does his hypnotism thing and there's a thrilling reveal in the center of the film that I won't spoil, and overall for something which is over 80 years old I found it thoroughly entertaining. There are always two ways of looking at movies like this: from a modern standpoint it feels exceptional, albeit slightly less so than Lang's other works; but from the standpoint of the time when it came out, it must have been considered another masterpiece.

The Empire of Crime
Humanity's soul must be shaken to its very depths, frightened by unfathomable and seemingly senseless crimes. Crimes that benefit no one, whose only objective is to inspire fear and terror. Because the ultimate purpose of crime is to establish the endless empire of crime. A state of complete insecurity and anarchy, founded upon the tainted ideals of a world doomed to annihilation. When humanity, subjugated by the terror of crime, has been driven insane by fear and horror, and when chaos has become supreme law, then the time will have come for the empire of crime.
analysis crime expressionism film Fritz Lang Germany Hitchcock movie mystery review silent sound tension The Testament of Dr Mabuse thriller