The Babadook's Revitalization of the Horror Genre 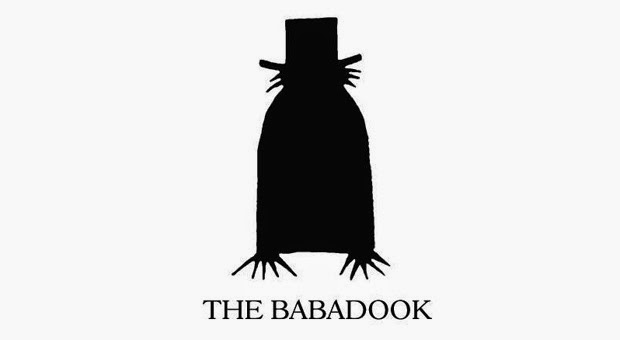 The horror genre has had a hard time finding its footing recently. Theaters have been packed with flops and failures relying too heavily on jump scares, but since these movies are so easy to produce there's no incentive to change practice. In comes Australian filmmaker Jennifer Kent with The Babadook, a film which is more psychological thriller than traditional horror—although its roots in classics like The Exorcist and Rosemary's Baby are clear from beginning to end. It utilizes strategic editing and sound design to create a thick atmosphere and constant sense of dread instead of sticking to the crutch of loud noises and cheap tricks (strickly speaking, the movie isn't exactly "scary" as the Babadook itself makes fairly few appearances). Its sense of existential anguish is slightly overbearing at times, but its restraint, intelligence, and power are all things Hollywood could learn from.

The most interesting aspect of The Babadook is the way its method of metaphorical storytelling allows the central monster to be read in a variety of different ways. If we take the Babadook out of The Babadook, what are we left with? Amelia is a widowed mother dealing with the loss of her husband and the frustration of her violent son Samuel. Meanwhile, the two of them are haunted by something which transcends physical reality. This disembodied fear is purely psychological (no other characters are affected by it) but not simply pathological (it's not isolated to Amelia—Samuel sees it too). The most obvious reading is that the Babadook represents both of their struggles to come to terms with the traumatic loss of the husband/father, but the symbolism is polyvalent enough to be read in other ways as well. (Personally I saw it as the specter of death—Amelia's struggle to celebrate the birth of her son rather than mourn the death of her husband.)

I might be an easy target when it comes to psychological horror, but I was on the edge of my seat for the great majority of The Babadook. There's a point somewhere in the third act where the story becomes a bit surreal, and this causes some of the tension to fall out, but it also makes the material that much more interesting. Not a great sense of unity, but one of my most intense experiences of the year.