Aesthetics vs. Politics in Koyaanisqatsi 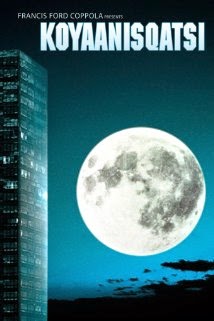 As a technical exercise, I can't praise Koyaanisqatsi highly enough. The question of what to even call it is enough to give reviewers pause—is it a documentary? a motion-picture essay? a visual poem? At its most basic level, it's essentially a 90-minute montage, and the way it plays with the Kuleshov effect (how an image changes in relation to what precedes & follows it) is equally brilliant and fascinating. It opens with a 2001-level cut across time from cave paintings to space travel where the exhaust from a shuttle launch seems to burn through the primitive artwork. You might think that an hour and a half without dialogue would be a hard journey, but the film is actually quite enthralling, thanks in part to its incredible pacing: after an admittedly slow start, the tempo progressively builds with tricks like timelapse photography (some of the most impressive I've ever seen) to speed up the images and the "story" (there's no traditional narrative, but the images tell a story of their own).

Where I begin to struggle with the film is on the question of what it means. The word "Koyaanisqatsi" has definitions as various as the simply observational "crazy life" and the harshly judgmental "a state of life that calls for another way of living." In the case of the former, the film succeeds marvelously. As an observation of how "crazy" life can be, the film shows us everything from the beauty of nature's landscapes to the impressive feats of humanity's own creation (and destruction). There a magical match cut from an industrial automotive factory to a battery of tanks which shows how our innovation simultaneously fuels both creation and destruction. Together with the rest of the film, this creates an inspirational look at life's "bigger picture".

My problem, however, is that the disapproving definition of "life out of balance" is not only more common, but seems to be supported by the film's conclusion. After the images cease, the film offers a few definitions of the title as well as translations of the three Hopi prophesies sung in the score ("If we dig precious things from the land, we will invite disaster"), and it all begins to cast a shadow of Judgment Day, "the end is nigh," apocalyptic-style cynicism over the preceding images. And it's not like this reading is much of a stretch on the imagination: the first 20 minutes of the film are dedicated exclusively to humanity-free Earth Porn, after which there's an abrupt cut to a construction vehicle polluting the air with black smoke. Over a single edit it changes from a creative art film into FernGully.

I'm not against sweeping critiques of humanity in general, so maybe it's just my remaining fragment of youthful optimism, but this type of call for a return to nature always rings hollow for me. If nature was so great before human invention, why did the filmmakers choose to communicate that message through the decidedly unnatural medium of film? Is cinema somehow exempt from their critique? Are we to pick and choose the human creations we like and reject the rest? Because I quite like buildings, and if we read the film the way the title and prophesies want us to, those are supposed to be evil. 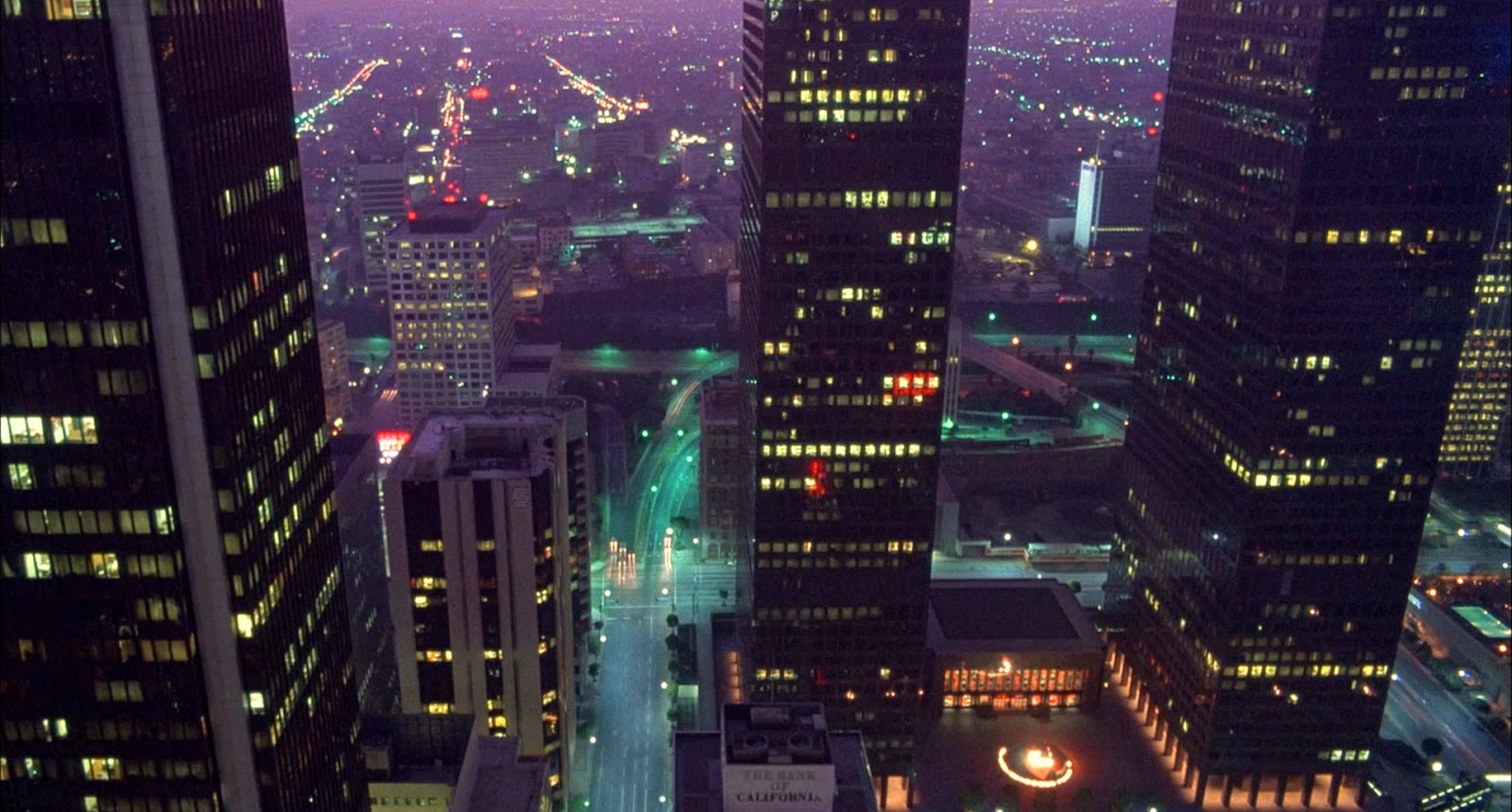 What's even more frustrating for me is that without the definitions of the title crammed in at the end, I wouldn't have read this as an attack at all. Where the film sees overdevelopment, I see aspiration and ambition; where the film sees overly speedy movement, I see life and excitement. I don't think humanity's without its problems, but the film (like any good documentary) works better as an ambiguous, two-sided presentation of the world than as a pointed criticism—which it would have been without the interpretation forced on it by its ending. The message to be taken from these images is not that they "call for another way of living," but that we must remember the ways in which our creative innovations can be used to fuel our own self-destruction. Good and evil are two sides of the same coin the same way humanity and nature are, and you can't just throw out one and keep the other.

If you haven't seen Koyaanisqatsi, please don't let my frustrations dissuade you. Even if I was disappointed in the simplicity of its message, that doesn't stop it from being one of the most visually stunning films I've ever seen. It's an incredible achievement, and even if I can't divorce my understanding of it from its intended purpose the way I'd like to, I'm still grateful that there are filmmakers willing to take on ambitious projects like this. It is a truly remarkable and unforgettable experience whether you agree with its politics or not, and it deserves to be seen by anyone who enjoys film as more than mere entertainment.
aesthetics analysis art art house arthouse avant-garde cinematography editing experimental film impressionism interpretation Koyaanisqatsi Kuleshov Effect meaning message montage movie politics review