Bay of Blood: The Birth of the Slasher 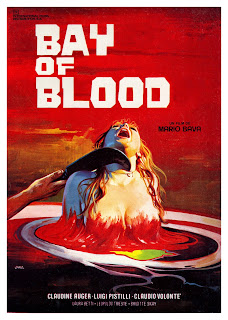 Before Freddy Krueger, before Jason Voorhees, and before Michael Myers, Mario Bava and a small group of Italian filmmakers were experimenting with the horror genre and constructing the coordinates of what would eventually become the slasher. These sexualized thrillers would go on to become a popular phenomenon in America and develop a new cultural dialogue surrounding the consumption of images and particularly of the female body.

All the signifiers are already here: a few young men and women go to a secluded location to have sex and are gradually killed off by a mysterious murderer (what would eventually become the "cabin in the woods" trope). There's even a shot of a couple being penetrated by a spear which goes through their bodies and comes out the bottom of the bed beneath them, a kill which is repeated in reverse in Friday the 13th.

If that image doesn't make it obvious enough, these movies have a long and celebrated history of tying murder to sexuality. Not only do they often feature beautiful bodies showing a lot of skin, the methods of the murders are often sexual in nature or in imagery, and the murderers are often revealed to have had sexualized childhood traumas. 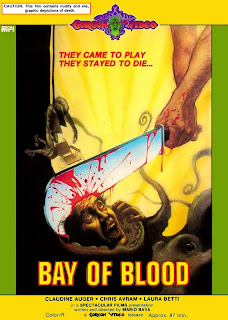 Bay of Blood takes the slightly unconventional approach of depicting two sets of murderers, one driven by trauma and the other by greed, and comparing the two motivations (eventually sympathizing with the former; a traumatic past is more acceptable that greed). It uses this duality of murderers to demonize the inhumanity of consumerism, as if to say, "Sure, this one might be a murderer, but at least he's not as bad as those miserly gluttons."

This constant shift in perspective can be dizzying, but it is successfully accomplished thanks to Bava's visual focus on his characters' eyes. Through his direction and the actors' performances we follow along as characters are killed off and we're continually given new eyes through which to view the story.

In fact, the film's original title was not Bahia de Sangre, which was instead simply the Italian translation of its American import title A Bay of Blood. A more appropriate title (the film has had at least six, a common problem with Italian films of the period that were imported into the US) was Reazione a Catena, or Chain Reaction (Bava's title while the film was in production), a much more descriptive account of the chain of different perspectives as opposed to the rather bloodless bay.

The film is also a chain reaction in terms of its editing, as there are an abundance of (increasingly outlandish) match cuts which keep the action moving swiftly. The film is less than 90 minutes long, but thanks to this economy of movement Bava crams in more information than you'd expect, and his stylistic camera movements and exuberantly colorful murder scenes make it a consistently entertaining experience.

Going back to look at these films which gave birth to the slasher genre, it's easy to see why so many other filmmakers were influenced by them. There's a compelling through-line about sexuality and its repression which also allows for a lively dose of cinematic style. While it might seem like backtracking to return to these seminal installments in the genre, they're often at least as good as what followed them, if not better.

**Spoilers for the ending**
I've seen some reviews mentioning that they didn't like the ending, but personality I love that the greedy parents are killed by their children. It feels like the essence of Bava's sense of humor, and thematically ties up the presentation of contrasted murderers (traumatized ones vs. greedy ones).
analysis Bay of Blood film greed horror Italy Mario Bava movie murder mystery perspective Reazione a Catena review sexuality slasher thriller trauma Twitch of the Death Nerve 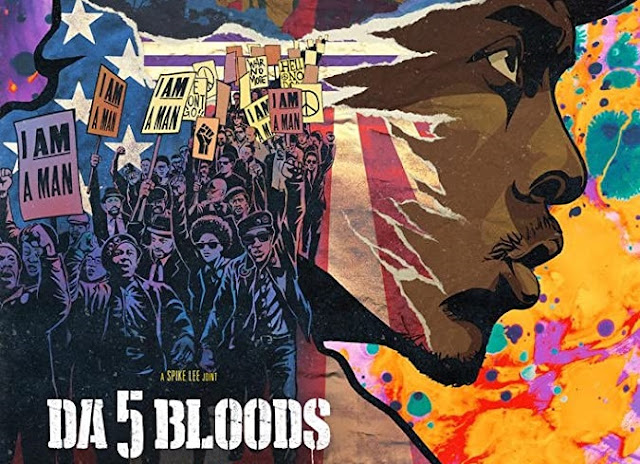