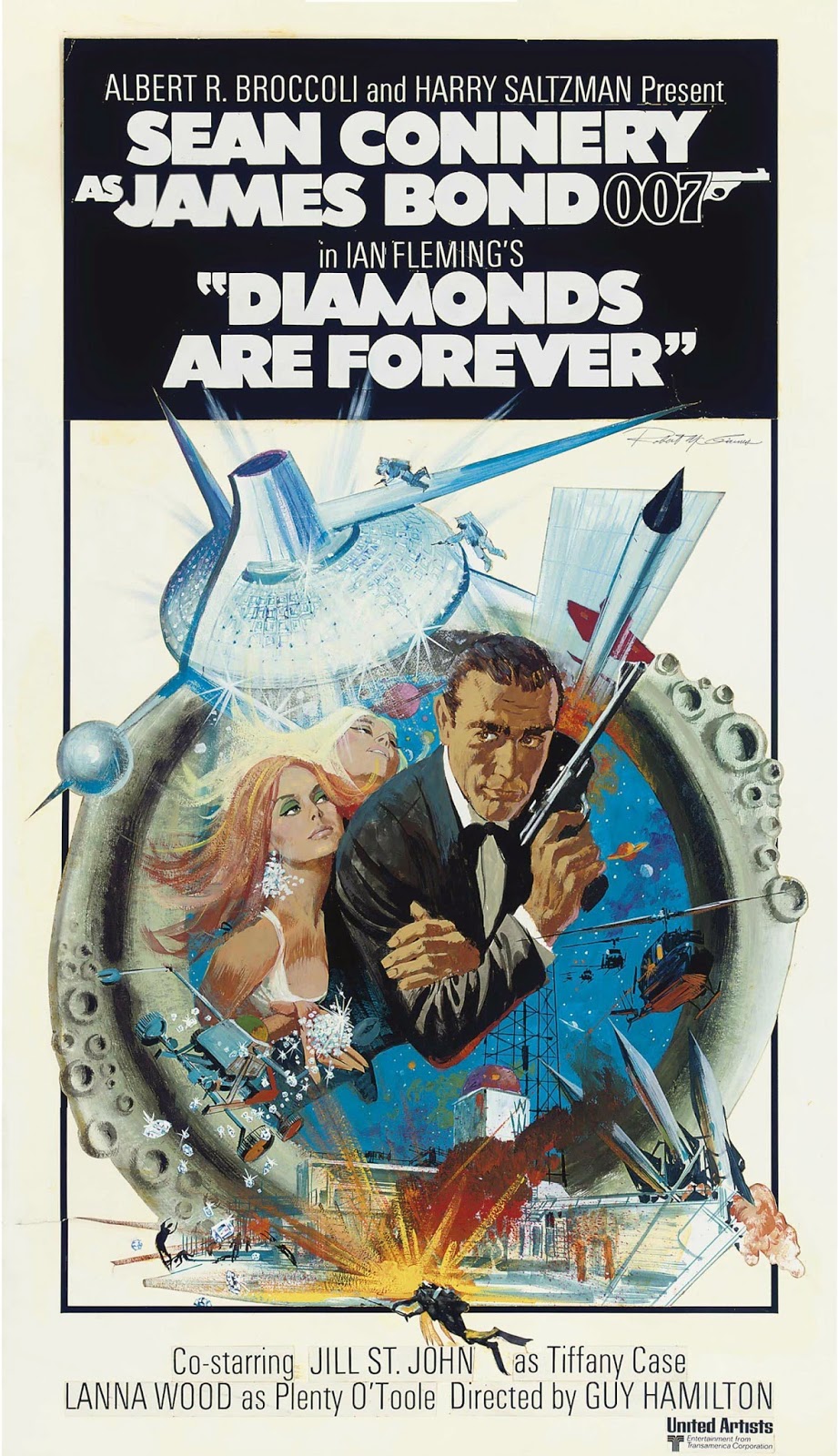 Sean Connery returns in an unconscious attempt to derail the entire franchise.

It's a miracle Diamonds are Forever didn't kill James Bond. It might not be as potentially offensive as some of the more racist Bonds, but it's almost offensive how poorly plotted, poorly characterized, and ultimately boring and forgettable it is.

It tries to cram every corner with some sort of comedy gag or action set piece, and in the process it loses sight of the basics of narrative storytelling. Everything down to the foundation of the plot feels ill-conceived: Blofeld is "killed" in the cold open (as if anyone ever believed that was going to stick), and two profoundly undeveloped (and apparently homosexual—an unsettling combination with the possibly lesbian assassins Bambi and Thumper) small-time smugglers are introduced, seemingly for no other reason than to give 007 another action beat in the final scene after Blofeld has returned and been dealt with.

At least You Only Live Twice was bad in a way that still managed to be fun. This one's just dull. It would be nice to have Connery back if he ever woke up for any of the acting. Blofeld hits an all-time low. The music is uninspired. Q spends his time cheating at the slots. The girls are as empty-headed as Bond thinks they are. You know something's gone wrong when you're pining for the days when Bond was merely racist.

It does have a bit of laughable nonsense with Sean Connery driving around in a "Moon Machine" though, so I guess it's not literally the worst Bond ever.