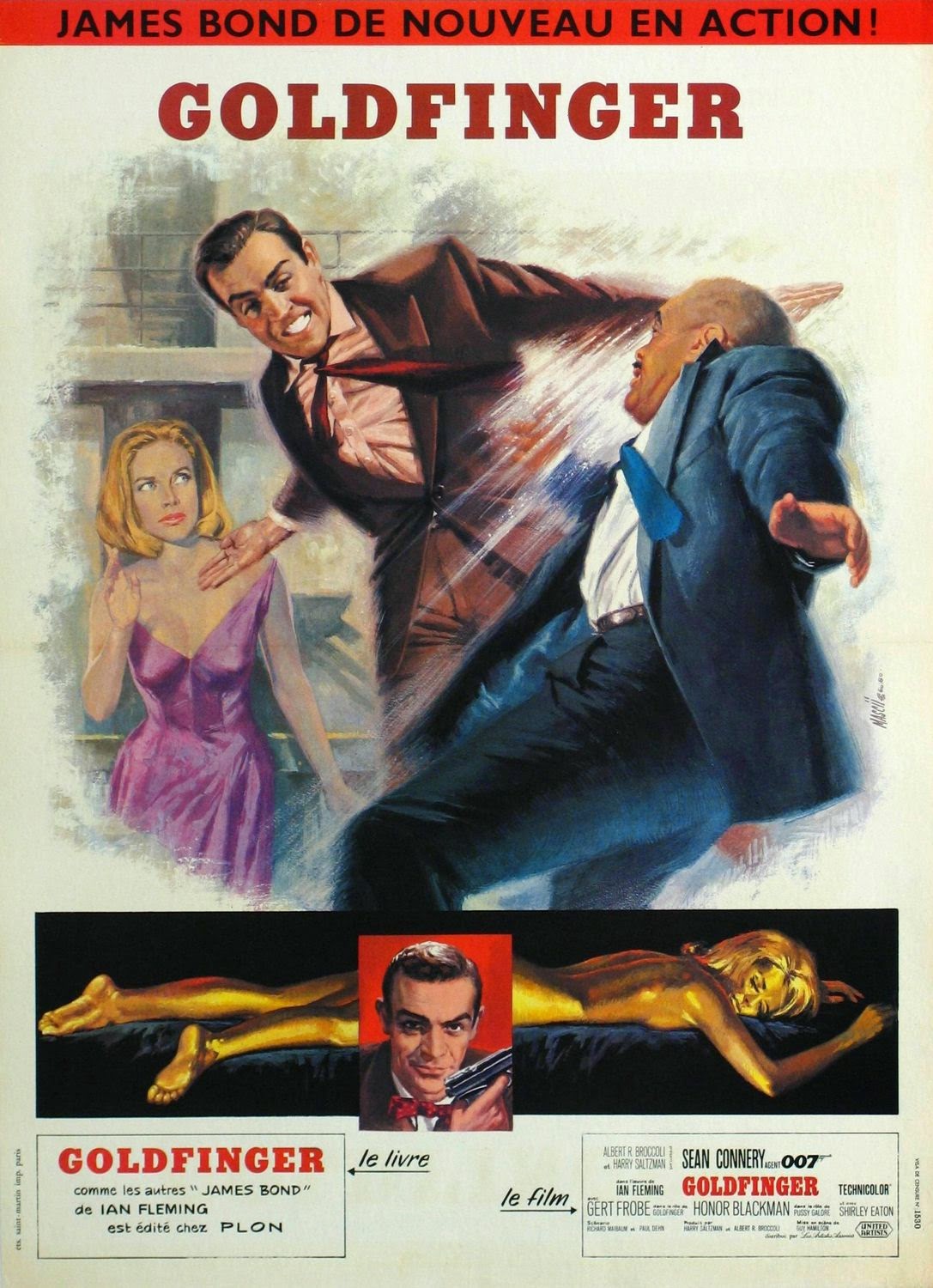 "Beautiful animal, isn't she?"
"Certainly better bred than the owner."

And yet despite being only the third Bond film, Goldfinger also shows signs of one of the series's more troubling tendencies. Everyone wants something different from Bond, but I've always preferred his outings which are slightly more serious and grounded to those tinted with attempted comedy and other such nonsense. I watch Bond for the sneaking around, not for the pithy one-liners, and Goldfinger shows hints of leaning toward the latter. It's a campy action romp at heart and has nothing in common with (for instance) Tinker Tailor Soldier Spy, but that's part of what makes it so iconic.

In spite of an absurd final act (Goldfinger's investors have the worst lines ever, and their plan to drop gas from airplanes is just silly), Goldfinger is still a far cry from the farcical depths to which the lesser installments would eventually plummet. As much as I hate to admit it, the comedy keeps the film moving at a quick pace, which isn't something that can be said of other early Bonds. Even if I don't like where it's going, I can't deny that it works splendidly here in spite of my irrational conviction that Bond shouldn't be too silly. It's not quite a number one contender for me, but it still remains among the all-time best in the Bond business.