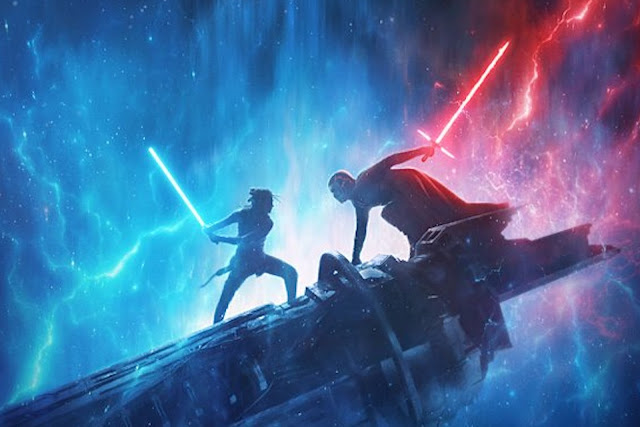 Towards a Dialectics of The Force

"I feel the conflict in you. It's tearing you apart."

Let's talk about the Force. The Light Side vs the Dark Side; Good vs Evil. An elegant little moral shorthand, and one which is used in a fairly straightforward manner in the original films—a simplicity, a purity, which isn't to their detriment, of course; that's exactly how they operate. Their morality is unambiguous. Characters are either on the Light Side or the Dark Side, or they are in a state of transition between the two. Their moments of Force Conflict are precisely that: isolated and singular moments that determine or reconfigure which side of the Force that character occupies. 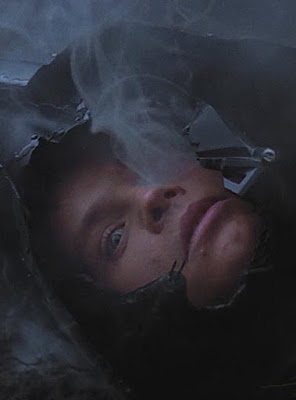 For example, Luke is confronted by the Dark Side in the cave on Dagobah ("That place is strong with the Dark Side of the Force") and in his encounter with Emperor Palpatine ("Give in to your anger. With each passing moment you make yourself more my servant."), but he ultimately prevails and remains with the Light. On the other hand, Darth Vader is tempted by the Light ("Your thoughts betray you, Father. I feel the good in you, the conflict."), and ultimately he double-crosses his master and switches sides. There is conflict over which side of the Force characters belong on, but it is momentary, it is always an event that characters eventually pass through.

This is a form of moral absolutism, the ethical view that all actions are intrinsically right or wrong: all actions, while not necessarily right or wrong in the Star Wars universe, belong to one side of the Force or the other (sure, maybe "only a sith deals in absolutes," but the Force is literally constructed in absolutist terminology)—and I'm not here to get into the weeds of absolutism; it's useful in the context of a fictional narrative where it places characters on one side of a symbolic metaphor or the other, but suffice it to say that in real life the lines of morality are a bit more blurred and relativistic. 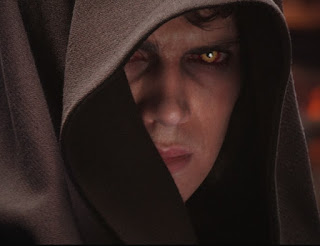 This absolutist tendency becomes muddied a bit in the prequels, which are about Anakin's gradual transition from the Light Side to the Dark Side, and as such they spend a good deal of time depicting him somewhere in between, but even here, Anakin starts on one side and ends up on the other. He inhabits the ambiguous middle area between the two sides, but only temporarily, only during the course of his transition to becoming Darth Vader.

Rey and Kylo are different. They represent a paradigm shift in the way the Star Wars franchise uses The Force to talk about morality. Both of them are fundamentally conflicted throughout the entirety of The Force Awakens and The Last Jedi. They do not temporarily inhabit one side or the other, or transition between them; rather, both of them simultaneously occupy both sides of the Force at all times.

In The Force Awakens, this is most clear about Kylo, a character who explicitly inhabits the Dark Side but is characterized as feeling a consistent temptation toward the Light. He explicitly admits to this in his pseudo-prayer to Darth Vader ("Forgive me. I feel it again... The pull to the Light…"), and he almost asks outright to be turned to the Light in his confrontation with his father ("I'm being torn apart. I want to be free of this pain... Will you help me?").

But this is also the case with Rey, a character who explicitly inhabits the Light Side but is characterized as feeling a pull toward the Dark: when she discovers Luke's lightsaber, she has a vision dominated by the Dark Side, featuring images of Kylo's betrayal and what looks like either Starkiller Base or the Death Star. Later, during her battle with Kylo, she momentarily considers his offer of mentorship despite his obvious monstrosity. She sees, and to some extent sympathizes with, the perspective of the Dark Side.

In The Last Jedi, this focus shifts to Rey, showing particularly how she's tempted toward the Dark Side on the island ("You went straight to the Dark" / "That place was trying to show me something." / "It offered something you needed. And you didn't even try to stop yourself."). This is a direct echo of Luke's own cave of ordeals encounter on Dagobah, but where he saw himself reflected in the Dark Side and turn away, here Rey wants the power being offered to her. She is still a good character, but she feels a deep and desperate desire for the answers provided by the Dark.

But it's the inclusion and development of Luke and Snoke in The Last Jedi that brings this new theory of the Force full circle. Both Luke and Snoke fail Kylo at different points in the narrative, and they both do so due to their inability to recognize the unity of both sides of the Force within him. Luke and Snoke still see the Force the way it was presented in the original trilogy. They both see the Dark within Kylo, and each for their own reason rejects and accepts him because this presence of the Dark blinds them to the simultaneous presence of the Light.

This inability to see both sides simultaneously, their lack of nuanced comprehension of the Force leads each of them to their downfall. For them, the Force is still an absolute, objective doctrine. Luke loses his faith in Kylo and thus Kylo loses his faith in him, and Snoke doesn't see his betrayal coming even when it's right in front of his face. This is also why Luke is so afraid of Rey: he sees the Dark inside of her the same way he saw it in Kylo, and he fails to see its unity with the Light. For them, any presence of the Dark Side is purely good or purely evil.

Luke and Snoke are thus parallel characters on opposite sides of the same conflict: both have taken to heart Yoda's credo from Empire that "If once you start down the Dark path, forever will it dominate your destiny," a lesson which doesn't apply to this more complicated world they live in now where it's possible to be evil a feel the Light, where it's possible to be good and want the Dark. They are foils to Rey and Kylo; they are characters that, in their singular absolutism, highlight the duality, unity, and relativism of the protagonists. 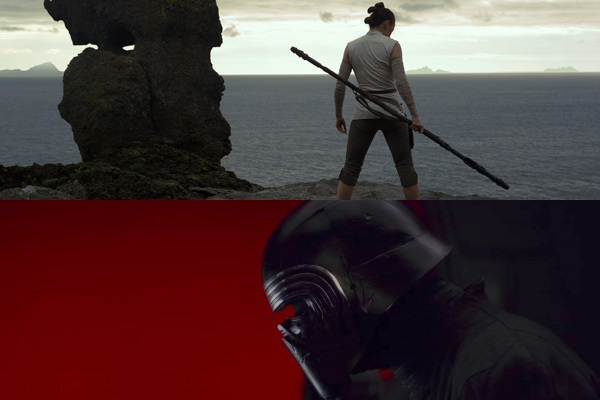 In this new world, our protagonists are simultaneously occupied by both the Light and the Dark Sides of the Force. This unity of Light and Dark is reinforced by the film's new description of the Force: when Luke asks Rey what she sees on the island, she responds, "Life. Death and decay, that feeds new life. Warmth. Cold. Peace. Violence." "And between it all?" "Balance and energy. A Force." This new description of the Force places its duality front and center. The Force is found at the intersection of life and death, at the convergence of peace and violence. The Force is both Light and Dark; neither side can ever be completely or ontologically separated from the other. This new perspective of the Force is precisely dialectical; it is an understanding of the unity of opposites.

In Hegelian dialectics, two opposing ideas stand in contradiction to one another, and the process of history involves the final and fundamental negation of these ideas leading to new socio-economic eras. In this sense, we can see how the Light and Dark Sides of the Force stand in contradiction to one another; Light is in a constant battle against Dark and vice versa, and this pattern repeats throughout the Star Wars saga: the Jedi and the Senate, then the Empire, then the Return, then the First Order—and between it all… balance and energy. A force."

This is the new films' rejection of moral absolutism: no human can or should be judged as absolutely good or bad; everyone has a bit of each in them, and whether they're the protagonist or antagonist of their given story depends on how they react to these disparate forces. Rey is tempted toward the Dark in her quest for self understanding; Kylo is tempted toward the Dark is his quest for power. Luke and Snoke both fail their pupils because there is no room for relativism in their absolutist ideology. This new world isn't absolutist. It's relativist. For Rey and Kylo, there's only the Force and what they need from it; Dark and Light are just two sides of the same coin. A true Jedi accepts the unity of Dark and Light and derives good or evil from their own subjective deployment of each.

And let's not oversimplify: this new perspective is not that evil is necessary, and it's not some centrist horseshoe theory nonsense that both extremes are evil and the truth lies somewhere in the middle. Rather, the point of this new perspective is an understanding that both sides exist, and mastery involves an understanding of the interplay between the two. The point of this new perspective is that the only properly ethical worldview accounts for the unity of Light and Dark. The point is to see that binaries can be reconstructed, rearranged, placed into new and perhaps better systems. This is what makes the sequel trilogy so special to me: Rey and Kylo are simultaneously both Light and Dark, not by turns or in fluctuations, but constantly, consistently; they are Dialectical Jedi.