Self-Discovery and Belonging in Carol 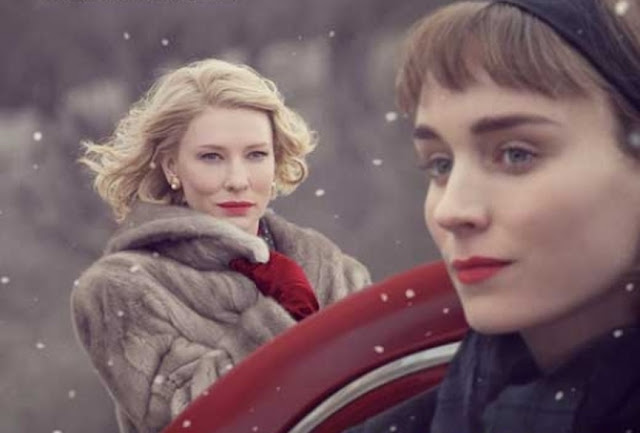 Therese Belivet sits in a cab on her way to a party with a group of friends, but despite their loud, probably already inebriated chatter, she can barely hear them. She's somewhere else, and it's not only because she just parted ways with Carol Aird. She has always felt a little bit different from those around her, as if she were perpetually an outsider even in her own taxi with her friends right next to her.

Therese is a lesbian, or is at least not totally straight, but she lives in a time when there wasn't really a way of talking about that yet. When she asks her friend Richard (who has proposed to her multiple times, always unsuccessfully, and always with an increasing level of frustration on his part), he says that he's heard of boys who have had crushes on other boys—he's heard of that—but it's certainly never happened to him.

But even as Therese asks him about this, she's not even sure yet that she's asking about herself. Carol the film is a journey as much about love as it is about self discovery, and over the course of its run time Therese learns that maybe it's not that she just hasn't found the right man, but rather that there isn't a right man out there for her at all and that instead she ought to start looking in other places. 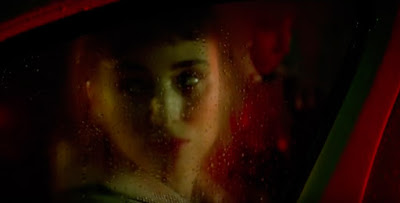 I also feel like I've never really belonged anywhere. I had an easy childhood and I still get along well with my parents, but other than my immediate family (including my incredible girlfriend, whom I plan to make part of my family as soon as we're both ready) there's never really been anything bigger than me that I could count myself as a meaningful part of.

I am a straight white male, and I'm so privileged that I haven't even learned how to properly refer to myself in today's terminology (I'm undoubtedly cisgender, but beyond that I can only say that I'm about as boring as sexually active human beings come). So when I say that Carol came off to me as an immensely universal tale of romance and self-realization, I just want to be clear that I have no intention of diminishing how important it is in its particularity.

Carol is a story about the 1950's, it is a story about Manhattan, and most of all it is a story about discovering queer sexuality. It is a film that will speak directly to certain people's lives, and for that alone it is a precious commodity. It is an achingly specific story, and yet, as all great art does, it also uses this specificity to reach toward universal experiences. It is not only about a young girl learning that there might be ways to live other than the ones prescribed to her by dominant cultural norms, it is also more generally about an outsider learning that there are other ways of becoming an insider.

Neither Therese nor Carol has anywhere they feel like they truly belong. When the two women go on a road trip together, Therese mentions that she hasn't even thought of "home" since they left, and Carol repeats the word meaningfully. "Home." An easy thing to take for granted, but a hard thing to find if you lose it—or if you never really had it to begin with. Therese says the word as if she's never given it a second thought, but Carol knows that true belonging is difficult to come by. And as hard as it is for either of them to accept, belonging isn't something that can be given. It's something you have to take.

Therese begins by acknowledging her own passivity. She says to Carol that she has always just said "yes" to everyone around her. She has just accepted what others have given her. But, strictly speaking, this isn't entirely true: she had to say no to Richard to get where she is now. She has already begun to change. But Carol takes her development one step further by inverting Therese's perception of their relationship. She says she took what Therese gave her. Their relationship isn't one sided. They both have agency, and Carol is taking just as much as Therese is. But more importantly, Therese has already learned to do more than simply accept what's given to her. She just needs to realize it.

A place to belong isn't something you can be given. It has to be your own or you won't feel like you're a part of it. And yet it's hard to carve out a place for yourself in any group because it's such an inherently selfish act. It is an act of taking, of taking an empty space for yourself and making it your own. Once you're inside you can give back, just as Carol gives back to Therese once Therese takes her inside ("I want to ask you things"), but that first step into the door is always nearly impossible.

This is why the moment when I broke down and cried wasn't when Therese and Carol's relationship begins to take flight nor when it runs through rocky terrain, but when we finally see Therese working for the New York Times as a photographer. Maybe it's the unconscious capitalist in me or maybe it's the fact that I also dream of working for a prestigious media outlet, but this moment of finally seeing her comfortable in a space with other people was what reached through my steel wall and touched my heart. She finally belongs. 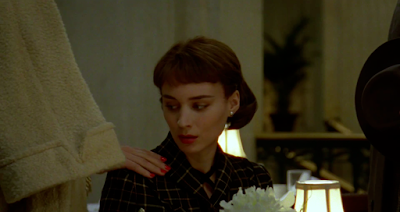 Carol is my favorite kind of movie because it's the kind that helps me tear down those steel walls around my heart. Like Therese, I've always had trouble saying what's on my mind, and movies like this one are here to remind me that there are more important things than gorgeous shallow focus or patiently long breaks between edits. It reaches down to a truth about humanity and helps me learn more about myself in the process. As a famous man once said, it makes me want to be a better person.

I've been thinking about Letterboxd a lot lately. Partially because of recent activity on the site—local legend DirkH recently left us and personal inspiration Adam Cook made a celebrity cameo—but also because it's the holiday season and I've spent the last two weeks trying to explain to my relatives what it is I do with my life outside of work. I spend a lot of time browsing this website, or writing things I will post exclusively on this website, or just plain thinking about what I want to do next for this website and what it means to me personally.

It's been said so many times that it always seems to come with the obligatory preface that it can only sound trite or corny, but the reason I don't just go back to writing for my own blog and trying to turn it into a profitable enterprise is you all. In the excessive amount of time I've spent here, I've met people that I consider to be my friends and even gone so far as to start a podcast with one of them. The knowledge that there's a space where I can share my thoughts with people who have similar interests as myself is all I need to get up in the morning. You all give me somewhere to belong.

And also, Carol is a good movie.